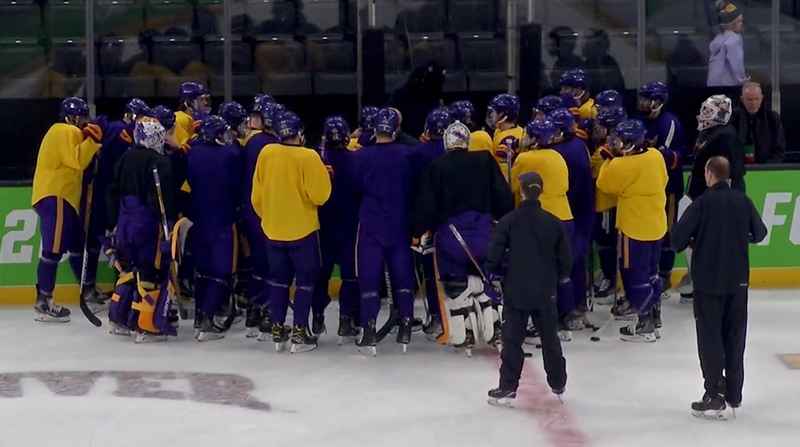 BOSTON (AP) – Reggie Lutz scored to break a second-period tie and Minnesota State scored three times in the third in the Frozen Four semifinal on Thursday night to beat big-city rival Minnesota 5-1 and advance to the national championship game.

Minnesota State will play for its first NCAA hockey title Saturday night against Denver, which beat Michigan 3-2 in overtime in the the early semifinal.

Justen Close made 27 saves before he was pulled for an extra skater with 3:51 left, but the Gophers could not convert and Furry delivered an empty-netter.