After two years away, the Duluth Amateur Youth Basketball Association (DAYBA) Border Battle made its return to UMD’s Romano Gym.

The 12th edition of the prep All-Star game was hosted in partnership with ‘Smile for Jake’ to raise awareness for mental health.

Minnesota would win big 121-93 behind a 27 point performance from the game’s Most Valuable Player, Cloquet’s Conner Barney.

On the girl’s side, it was Tamara Moore of Mesabi Range Community College leading Wisconsin, and Central Lakes College’s Krystal Brodeen Minnesota. 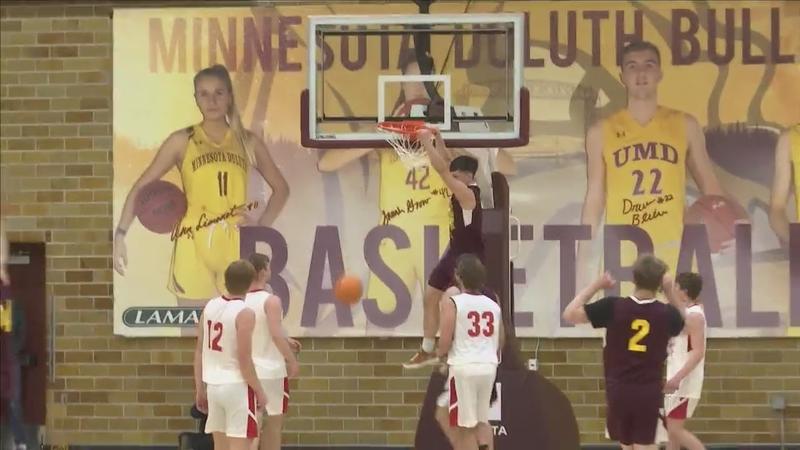 She would help the Minnesota team to a 70-65 win. Grand Rapids’ Taryn Hamling led the way scoring 27 points to earn the title of MVP.