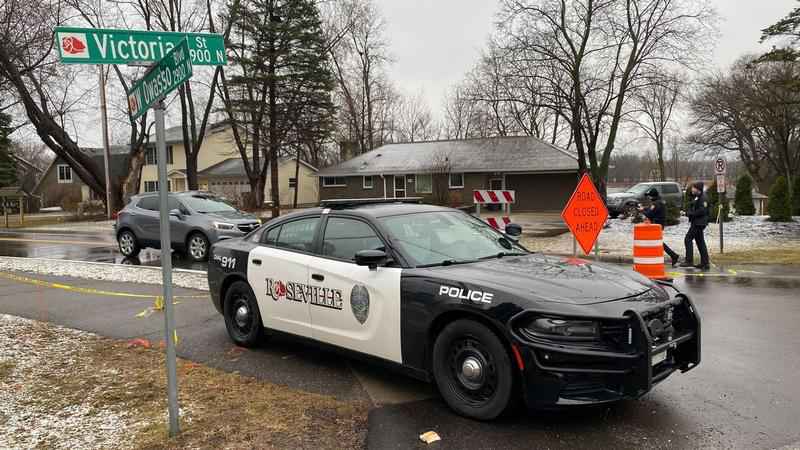 Police say a gunman fired more than 100 rounds in the Roseville neighborhood, seriously wounding a police officer before the suspect was shot and later died.[KSTP]

ROSEVILLE, Minn. — Police say a gunman fired more than 100 rounds in his suburban Minneapolis neighborhood, seriously wounding a police officer before the suspect was shot and later died. Roseville Police Chief Erika Scheider says officers responded to a report of shots fired around 7:30 p.m. Tuesday and immediately came under fire.

Scheider says an officer was shot in the face and his colleagues rushed him to a hospital, where he was in stable condition.

The chief says the shooting continued for about an hour before a Roseville officer spotted the suspect outside a home, returned fire and the suspect sustained a significant injury to his groin area.

The chief says the Bureau of Criminal Apprehension will determine whether gunfire from the officer led to the suspect’s death.

According to Hubbard Broadcasting sister-station KSTP, at around 8:34 p.m., an hour after the first 911 calls, an officer found the suspect and shot him, seriously injuring the man. Police said the 53-year-old suspect later died at a nearby hospital.

“Listening to how things unfolded last night, I could not be prouder of the bravery and courage that was displayed by our officers,” Scheider said Wednesday morning. “Knowing innocent lives were on the line, they ran to the threat and they did exactly what they’re trained to do, all of this knowing that their partner had just been struck by gunfire.”

Scheider noted that officers have responded to around 15 mental health-related calls with the suspect in the past. His motive remains under investigation.

The suspect’s identity will be released by the Ramsey County Medical Examiner’s Office at a later time.