Grandma’s Marathon: A glance at the full distance elite pack

Some members of the elite field of Grandma’s Marathon talked to the media Friday ahead of Saturday’s race.

There it would be announced that 2019 full distance champion Boniface Kongin had dropped out.

However, 2021 champion Milton Rotich is returning to defend his crown after posting a winning time of 2:13.04 last season. Finishing second by under a minute and a half CJ Albertson will be back on his heels fresh off setting personal record of 2:10.33 to claim 13th in this year’s Boston Marathon.

"I have been training very good since last year," Barno said. "I ran the Nairobi Marathon, that is the national marathon in Kenya, I performed very well. I came to Houston and that was good, [then] I prepare to come run at Grandma’s." 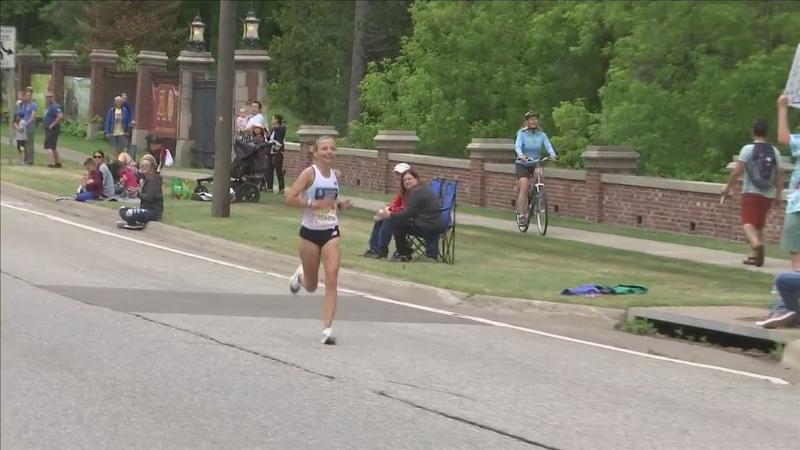 Dakota Lindwurm pulls ahead in the 2021 Grandma's Marathon.[WDIO]

"My main focus, I’ll try to defend my title. I know it’s not going to be easy but I’ll do my best," Rotich added,

The men’s elite pack takes off Saturday at 7:40am from Two Harbors.

For the first time in race history the women’s elite pack is getting their own starting time. They’ll take off five minutes later at 7:45am to allow for better tracking.

"This is my favorite race of the entire year. As defending champion, of course I want to come back and do that, but also I love this race," Scaroni said. "They treat me better than any other race ever has or ever will, and I just love to support them."

Giving her a run for her money will be ultramarathoner Molly Culver, and 2018 2nd place Boston Marathon finisher Sarah Sellers making her Grandma’s debut.

"I’ve heard it looks flat based on elevation profile but it feels rolling," Sellers said about the 26.2 mile course. "I tried to just train on that kind of terrain which is good. I’ve been between Arizona and Utah so it’s been pretty easy to get hills in and get some nice flat rolling runs in there."

Another threat to track will be Esther Wanjiru of Kenya. She has never finished outside the top six of any marathon in a career that dates back to 2011 and includes 8 victories.

Tune in to wdio.com for full livestream coverage of Grandma’s Marathon on Saturday.