Duluth leaders want "vitality" to be the theme downtown.

At a press conference Friday afternoon, they made a push to bring people back downtown, saying it is safe and that local businesses need support.

"We are a built environment that is ready to be animated with people more fully returning to work," Duluth Mayor Emily Larson said.

Greater Downtown Council President Kristi Stokes said challenges have been nonstop over the past two years.

"Our downtowns have changed during the pandemic," Stokes said. "We have seen office buildings that have become quiet. We have seen when that happens, it feels like things are a little bit more empty, and it feels like it might be unsafe." 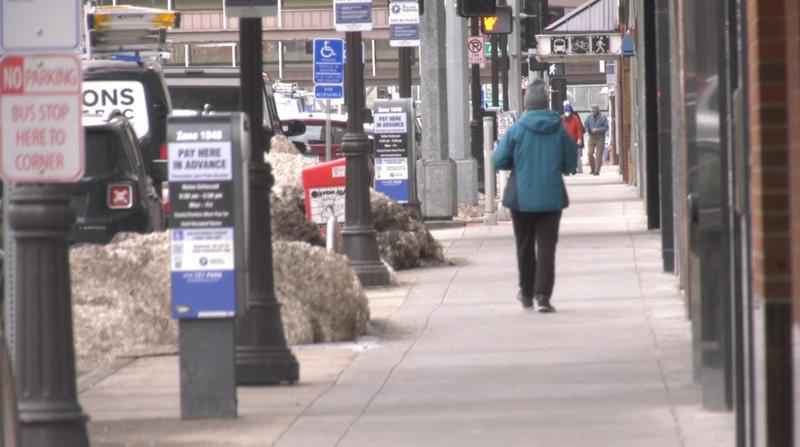 Duluth leaders are encouraging people to come back downtown.[Carl Sauer/WDIO]

The GDC has held several meetings with Duluth Police Chief Mike Tusken over the past couple months.

"True problem solving is about solving the underlying issues," Tusken said. "It’s not just responding time and time again. So when we see people who are struggling, how do we get them well? How do we get them the services that they need?"

"We have an opportunity right now to set the reset button on our downtown. And I think it’s starting to happen," Stokes said. "I’m seeing more people in the skywalk system."

"As a community, we believe a compassionate response is not to look away or to let people who are unsheltered stay in the public walkways and the hillsides without access to sanitation and social services. That’s not compassion," she said.

The downtown Clean & Safe Team has also added about 50 hours a week of skywalk patrols, according to Stokes.

Mayor Larson said Duluthians should expect to hear more plans for the downtown area in the coming weeks, especially in her State of the City address on March 29.