The Duluth FC is under a week away from the start of their season, and on Monday they introduced a new crop of BlueGreens to their roster.

One of the six people that signed on with the team during the St. Luke’s ceremony included University of Wisconsin-Superior (UWS) defending standout Scott Wilson (Scotland).

They’re joined by a forward making the long trek from Ukraine, Kostya Domaratskyy. He most recently competed for Christian Brothers University down in Memphis. Last fall he tallied three goals and one assist in 11 games played.

"Came here a few days ago we only had one practice. We had only 12 lads on the field [Monday] because of people still arriving," Domaratskyy explained. "But practice was pretty good. It was intense and I liked what the coach said and I like his idea of playing." 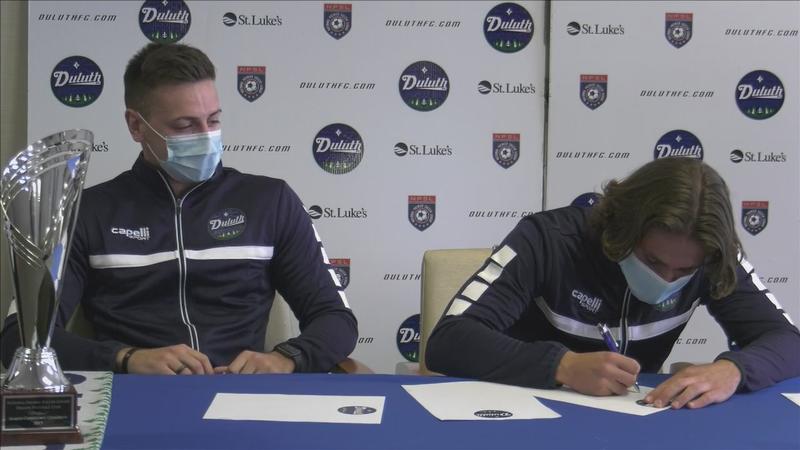 A native of Lviv, Domaratskyy is also working to share more about his home with his teammates.

"Since I’m Ukrainian, and the only Ukrainian, I always try represent my country. That stuff back there kind of affects myself a little bit," Domaratskyy shared. "I’m still watching, still worry about my country, trying to do my best. Trying to talk to people to explain what’s actually going on there."

The BlueGreens kick off their season Saturday, May 7th in St. Louis Park. For their full 2022 schedule, click here.