Downtown building to be demolished after Friday fire

The Duluth Fire Department says the owner of a downtown building will need to demolish it within a month after a fire early Friday. No one was injured.

The fire was reported in the vacant building at 126 East 1st Street just after 2 a.m. Firefighters entered the building and found heavy fire conditions on the second floor, prompting the fire response to be switched to a defensive operation from the exterior.

Crews worked for more than six hours to extinguish the fire, with subzero temperatures for much of the time.

There was no word on what may have caused the fire. The building, which once housed Pawn Duluth, had been condemned for habitation last November.

With the building now deemed a total loss, the fire department said the city will issue an order on Jan. 31 condemning the building for demolition. The owner will then have to tear down the structure within 30 days. 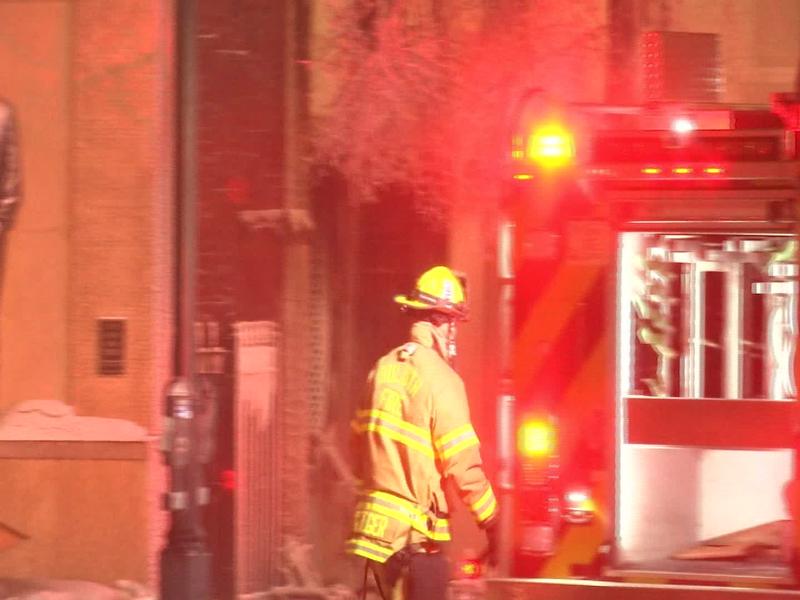 Duluth fire crews are fighting a fire in downtown Duluth[wdio]

St. Louis County property records indicate the building, constructed in 1918, is owned by Adam Richard Bohlman. Prior to the fire, the building had an assessed value of $67,700.

The building that burned Friday is across the street from Pastoret Terrace, also known as the Kozy building, which has seen numerous fires over the past decade. Preservationists are fighting the city’s efforts to demolish the Pastoret building.

Several roads were closed during Friday’s fire but the fire department said they again encountered issues with motorists driving over their hoses during the fire. The sudden change to water flow can be dangerous to firefighters and the department urged people to follow detours and avoid fire scenes.