CWD detected in a wild deer in Grand Rapids

Chronic wasting disease has been identified in a wild white-tailed deer found within the city of Grand Rapids. According to the Minnesota Department of Natural Resources (DNR) this is the first time CWD has been detected in wild deer in this deer permit area.

The DNR says it is updating its CWD response plan to reflect a statewide approach to disease surveillance, management, control and education. "It’s really feeling any surveillance gap that we may have an responding to some of our increased knowledge and understanding of the disease," said Straka.

According to a press release, the agency is working with local road authorities to collect samples from deer killed along the area roads.

"We’ve always looked at CWD as a disease that could impact the entire state, yet implemented disease management actions as needed in each area where CWD was found,” Kelly Straka, the DNR’s wildlife section manager said in the release. "This new discovery doesn’t make CWD a statewide problem, but it does mean we need to take more of a statewide approach."

According to the Centers for Disease Control, CWD is a prion disease that affects deer, elk, moose and more. "It is infectious and contagious. We know that deer can spread it to each other, and animals can be infected by the environment. So, the agent that causes the disease, the actual infections thing that causes CWD is a protein. It’s not a bacteria. It is not a virus," says Straka. Symptoms include drastic weight loss, stumbling, listlessness and other neurologic symptoms. "It traffics throughout the entire body. It does take a long time to make that animal sick. Usually, about a year and a half or two years before the animal looks sick," said Straka. CWD is fatal to animals and there are no treatments or vaccines. 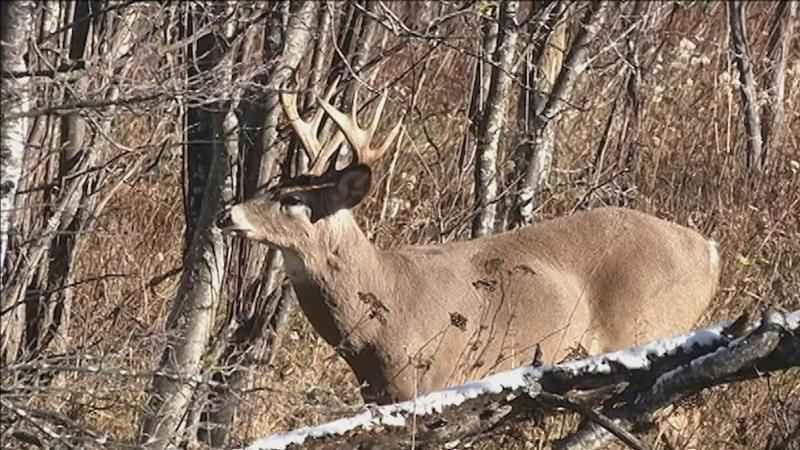 The DNR says the finding of CWD in Grand Rapids highlights the need for an enhanced statewide sampling approach.

They suggest an enhanced statewide surveillance that will include:

The DNR will seek public input.

“The DNR has taken an aggressive approach to managing CWD in Minnesota,” said DNR Commissioner Sarah Strommen. “We will continue this strong approach as we address this latest finding and as we update our statewide CWD response plan. The health of Minnesota’s wild deer herd remains a top priority for the DNR.”

There are eight areas spread across Minnesota, where CWD has been found in wild or farmed deer but the disease remains rare in the state. Officials say fewer than 1% of deer have tested positive for CWD in areas where the disease has consistently been detected during the past five years.