Paige and Adam Jacobson spent nine months working on their projects. And all of the research, experiments, and data collection paid off.

"We were really ecstatic and really excited how well we did," Adam, an 8th grader at Minnesota Connections Academy, said.

"It was kind of like, whoa, we won something!" Paige, a 10th grader at Grand Rapids High School, said. "We thought our projects were good, but it’s always nice to actually know that they’re good."

Adam won a silver medal for being in the top 10 percent of middle school students. He also took home a 3M inventor award in his age category. Paige won the same 3M award for her group plus a Mortenson Environmental Award and a NOAA Environmental Award. 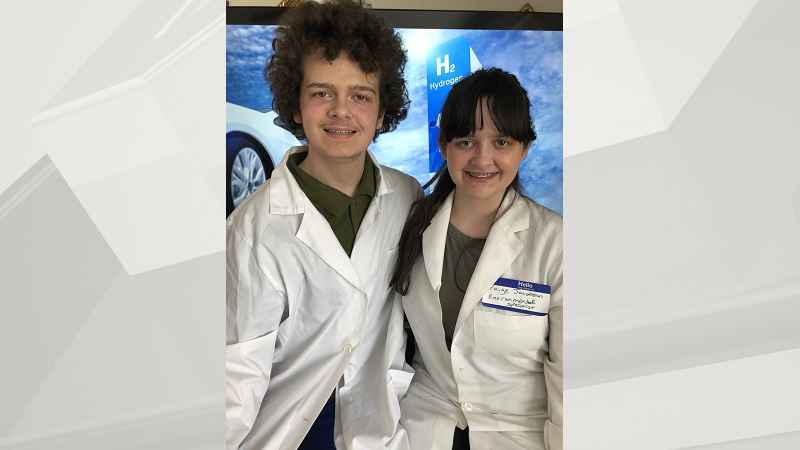 The brother and sister are both interested in climate and the environment.

Paige’s project looked into which surfaces radiate the most heat back into the atmosphere.

"I found out that tar and shingles and siding all reradiate much more than any living materials," she said. "I didn’t realize how much grass actually helped our environment."

He likes the option because it can be made here in the United States without reliance on foreign countries. But cars that run off hydrogen aren’t a widespread option yet.

"Less than 1 percent of cars out there are made up of hydrogen. And most of them are in California because they need refueling stations," he said.

Still, he hopes to drive one someday when he’s working as an environmental scientist.

"I just love the science so much behind why things work, why it doesn’t, and what pollution is and how we can combat that," Adam said.

Paige also sees a future in the STEM field.

"I would really love in my future to be a climatologist because it is a lot like my project and what I studied," she said. "And they get to help keep people safe and informed."