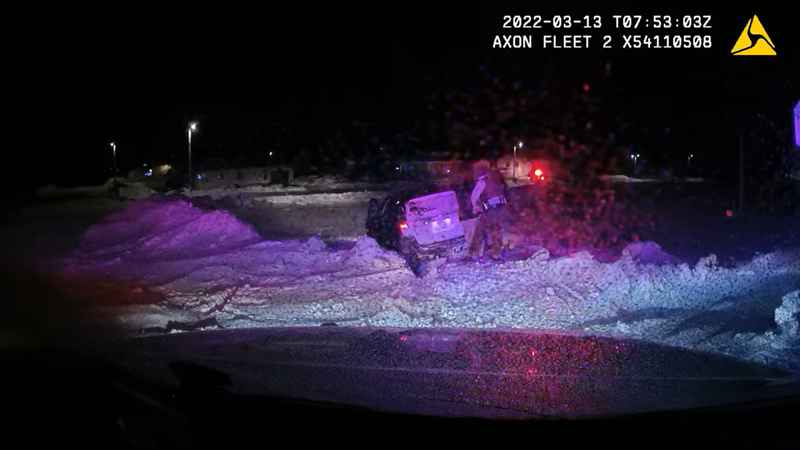 The incident began when Czerny tried to make a traffic stop and the vehicle fled. A pursuit ensued and Czerny forced the vehicle off the road.

The video shows Czerny handcuffing someone outside the vehicle. Another person standing next to the vehicle, later identified as 20-year-old Shequoya Basswood, appears to point a handgun at the deputy. He tells her to drop the gun and then shoots her. Basswood was hit several times but survived.

Basswood told the Minneapolis Star Tribune that she was trying to remove the gun from her shirt when Czerny shot her.

State investigators are reviewing the incident.