Making just their program’s second-ever state tournament appearance, and first since 1997, the Tigers will now advance to the state semifinals against top-seeded Hayfield.

During the wins Asuma also tallied his 2,000th career point.

"I had to take in the moment once I stepped on the court like, ‘this is sweet, I’m playing on Minnesota’s court’, and then I had to lock in back into the game and just take care of business," Asuma said.

"Our motto all year [was] pass up a good one for a great one, and as you saw from the second half and the first half on he was getting to the rim," head coach Jordan Christianson explained. 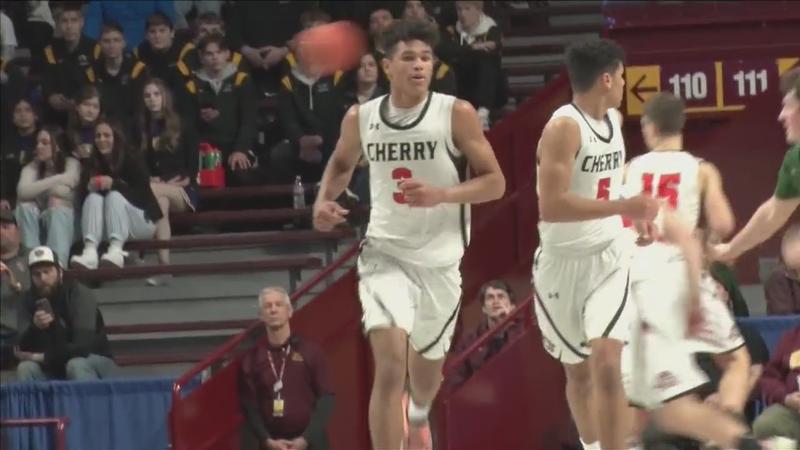 Isaac Asuma (3) led Cherry with 31 points during their Class A quarterfinal at Williams Arena Wednesday.[Lakeland PBS.]

Cherry (27-4) and Hayfield (30-2) are set to tip-off Friday at 12pm at Williams Arena. The winner advances to the championship game Saturday at 11am.