Today will be cloudy with light, passing rain showers possible. Portions of the Arrowhead as well as areas east of Hayward will see a dusting of snow.

The focus will turn to the South Shore tonight as gusty northwesterly winds and cool air aloft provide the ingredients for a prolonged lake-effect snow event. Rain showers are likely for the U.P. this afternoon, with snow slowly but surely mixing in and becoming the main type of precipitation. This round of lake-effect snow will continue through the evening, with potential to continue until midday Tuesday.

Snowfall amounts for the South Shore will be mostly in the 3-6″ range, but areas close to Mercer could see over half a foot of snow accumulation during this time.

Away from the South Shore, dry weather will persist this week. Afternoon highs will be in the upper thirties to low forties this week, but we will see a warming trend. By Wednesday, a few areas will reach 50 degrees. Temperatures in the fifties, with a few spots reaching the low sixties, are predicted for the end of the week. 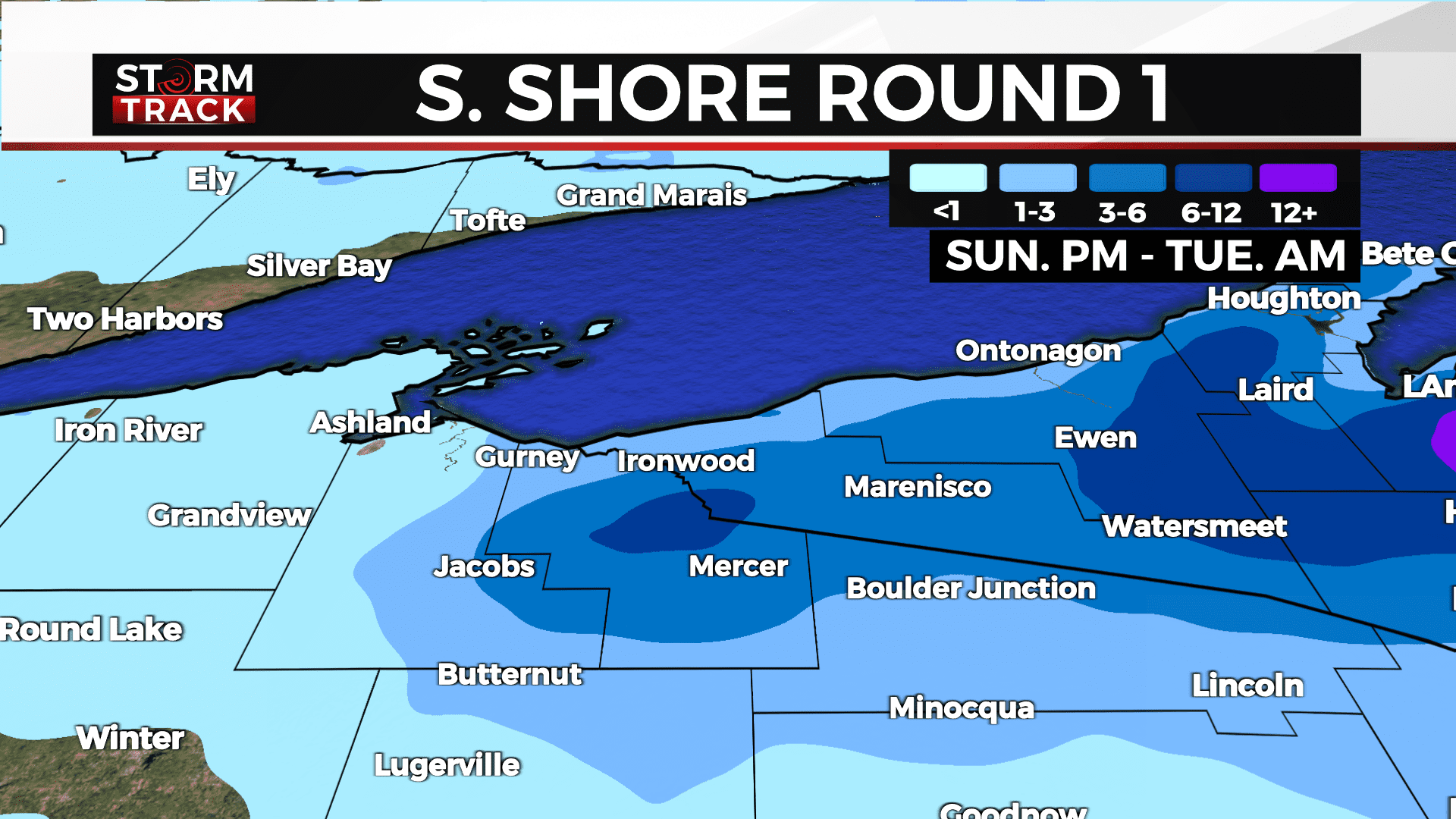 Lake-effect snow is likely along the South Shore, lasting from Sunday night until early Tuesday.

Partly sunny, with a high near 46. Northwest wind around 10 mph, with gusts as high as 20 mph.

Mostly sunny, with a high near 56. East wind 5 to 10 mph becoming south in the afternoon. Winds could gust as high as 15 mph.