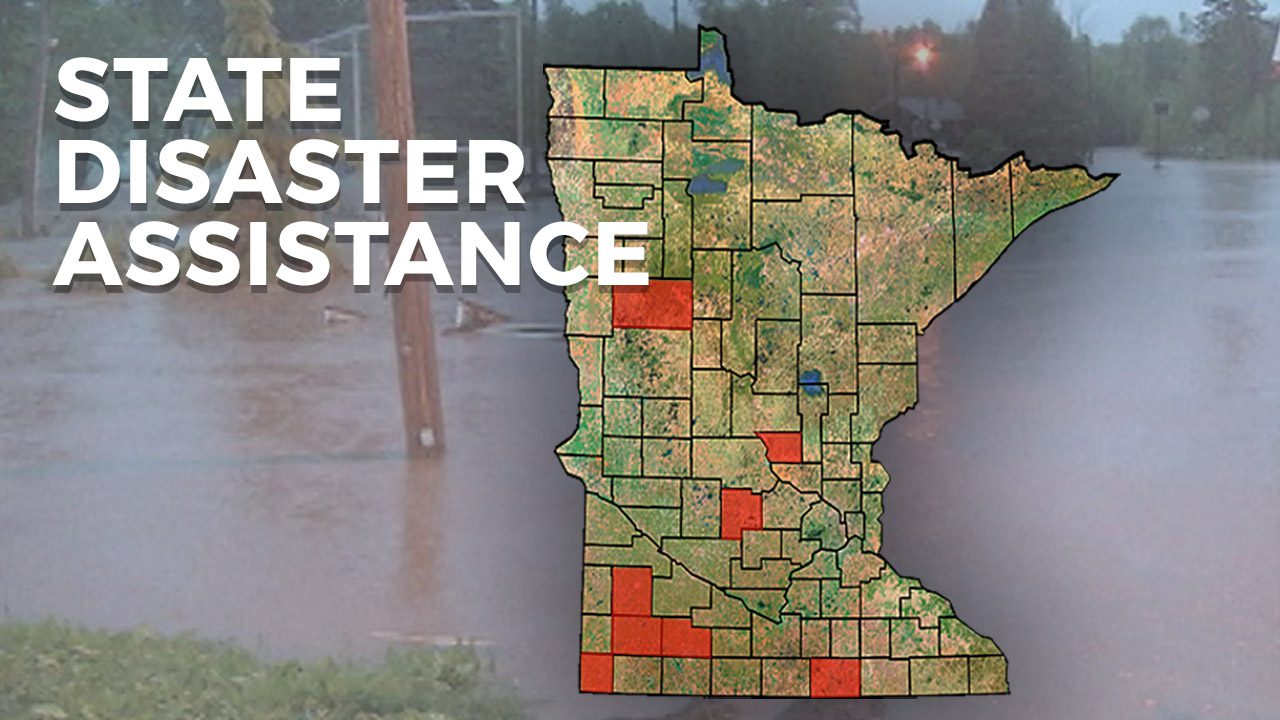 “Minnesota’s emergency management team has been hard at work meeting with local teams to assess damage due to several severe weather events in recent months,” Governor Walz said in a statement. “The State of Minnesota is committed to supporting the communities in these counties as they recover from severe weather events.”

According to the governors office, Becker County sustained damages due to flooding caused by spring snowmelt and heavy rains between April 22 and June 15. Officials say the flooding also caused damage that qualified for federal assistance for 15 other counties and four tribal nations.

Severe thunderstorms in May caused damage in Benton, Lyon, McLeod, and Murray counties. Between May 8-13 heavy rains, flash flooding, damaging winds, large hail, and tornadoes hit this region. These storms also caused damage that qualified for federal assistance in 23 other counties.

According to a press release the Office of the Governor, Department of Public Safety division of Homeland Security and Emergency Management will continue to work with the counties who were impacted by these severe weather events as directed by the Governor.