Closed for the blizzard? Snow way!

While many local businesses closed on Wednesday and Thursday due to the blizzard conditions and heavy snowfall, Marshall Hardware opened their doors.

“We knew customers would need some shovels and grit and stuff to keep it safe out there for them, so our employees were ready. They made it in,” said Co-owner A.J. Marshall. “We got the sidewalks shoveled and everything.”

Shoveling enough to open took two hours, and the store employees kept up with it throughout the day.

“The snow is really heavy, so it’s hard to move. Even our plow truck driver this morning was having some trouble moving, a lot of it, which made me shovel more of it,” said Marshall.

Customers were glad to have an open store for their snow removal needs. 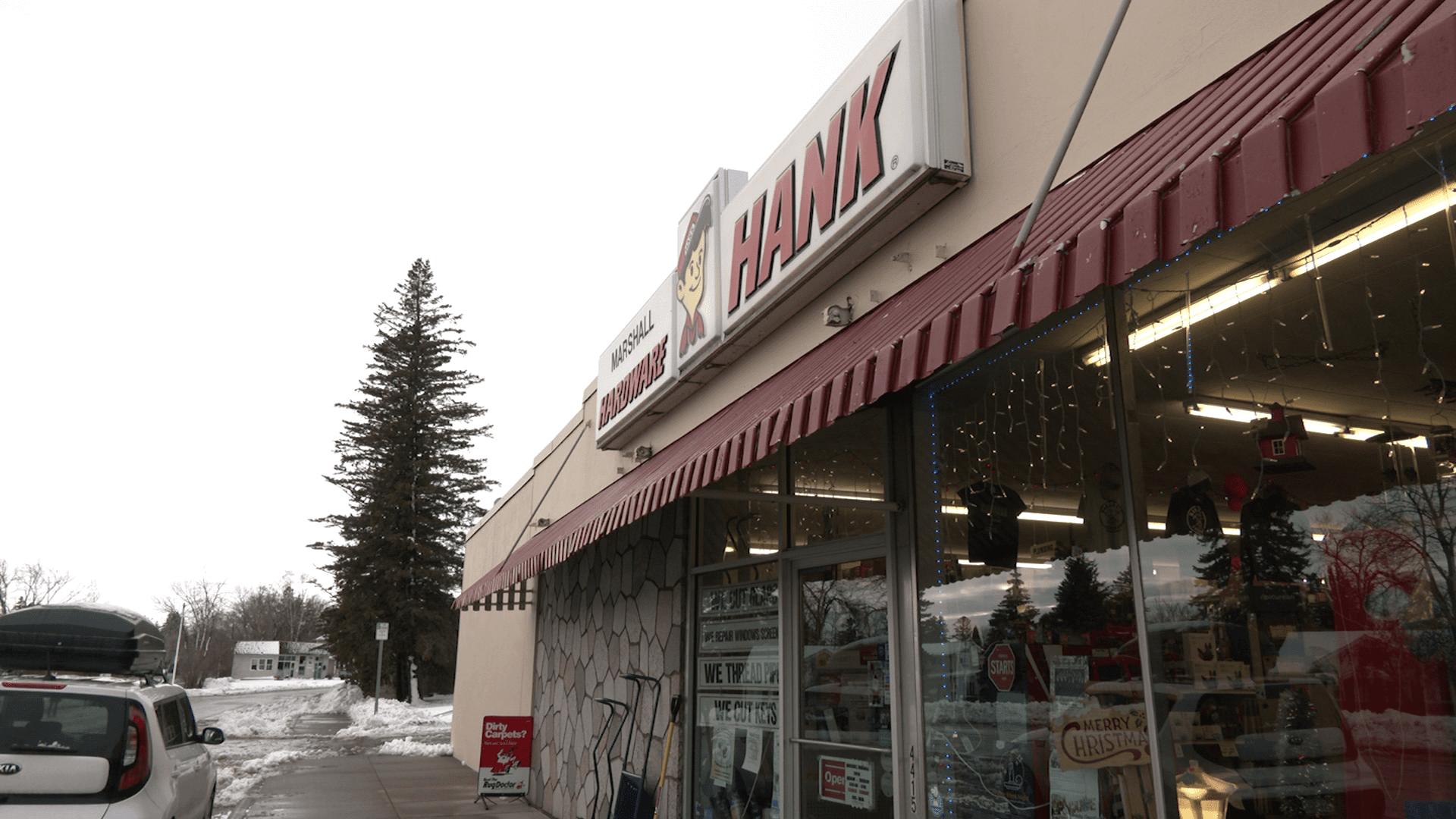 Marshall Hardware in Duluth stayed open during the blizzard.

“Right away, as soon as we opened the door, we had customers looking for shovels and grit and salt, and now we got a lot of water to deal with,” said Marshall.

This round of snow had a low snow to water ratio, meaning that there was more water in the snow when it began to melt this afternoon. There are a few ways to help with this issue.

Whether customers needed sandbags, a new shovel, or a new shear pin, Marshall’s Hardware was open and able to help during the storm.

“You walk in the door and you ask somebody, they take you right where you need it, and they have just about everything,” said customer Patrick Phillips. ”It’s a great place. It’s just good for Lakeside and good for all the people in the community. They’re a great group.”