Up North: the next generation of mushers

To kick off race week for the 39th John Beargrease Sled Dog Marathon, 27 young mushers participated in the Cub Run on Saturday at Lakeview National Golf Course in Two Harbors.

“It’s just great to see kids out here having fun,” said two-time Beargrease Marathon champion Blake Freking. “It’s better than sitting around looking at an iPhone or something like that. I mean, it’s nice to see them out here and and being out in the woods and having fun.”

Mushers ages three to 14 raced in either the 2-mile class or the beginner, ¼ mile course. Some of the young mushers have parents racing in the Beargrease 40, 120, or the full marathon.

“It’s really fun because I don’t know. It’s such a different sport. Not many people do it and it’s just cool,” said musher Elena Freking. “Some of my friends are doing it this year, so they get a little taste of the sport.”

Daughter of Blake and Jen Freking, 12-year old Elena has been running her own team since the age of four. 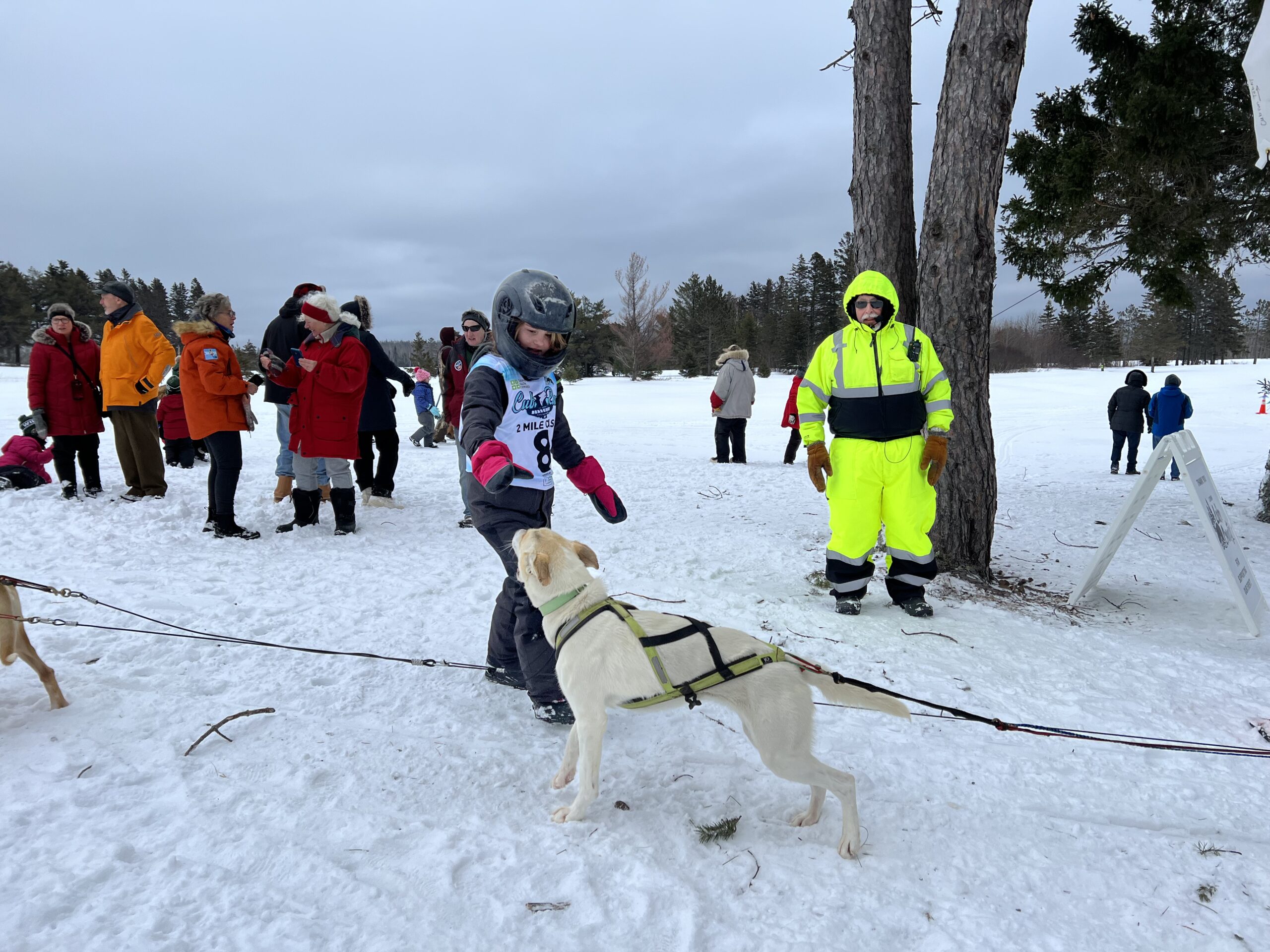 A 2-mile class musher gives her team encouragement before the race.

“My mom, her parents had a team when she was young, but when she was born, they sold their team. And when she was eight, she managed to get the dogs back, and she started a team then,” said Elena. “I just love dogs and the sport.”

The Frekings enjoy having Elena and their other daughter, 10-year old Nicole carry on what has become a family tradition but stress that it is the girls’ choice to do so.

“We never pressure them into it. It’s just something they want to do,” explained Blake. “So they take it on and, you know, it’s an added responsibility. They’re out doing chores and taking care of dogs, even when it’s not the nicest weather. You know, they’re out there, doing the work. It’s good to see them take that responsibility and and get to this point.”

Elena will be mushing in the Beargrease 40 this year. She hopes to eventually partake in the full marathon.

Blake will not be racing this year. He will instead be focusing on work, family, and his wife’s team.

“Jen’s going to run, and we decided we’re going to focus both our energies into one team and get them trained up,” said Blake.

All events and stories about this year’s Beargrease can be found at https://www.wdio.com/beargrease-sled-dog-marathon/

WDIO will have live coverage both on TV and livestreamed online at the start of the race at 10 am Sunday.