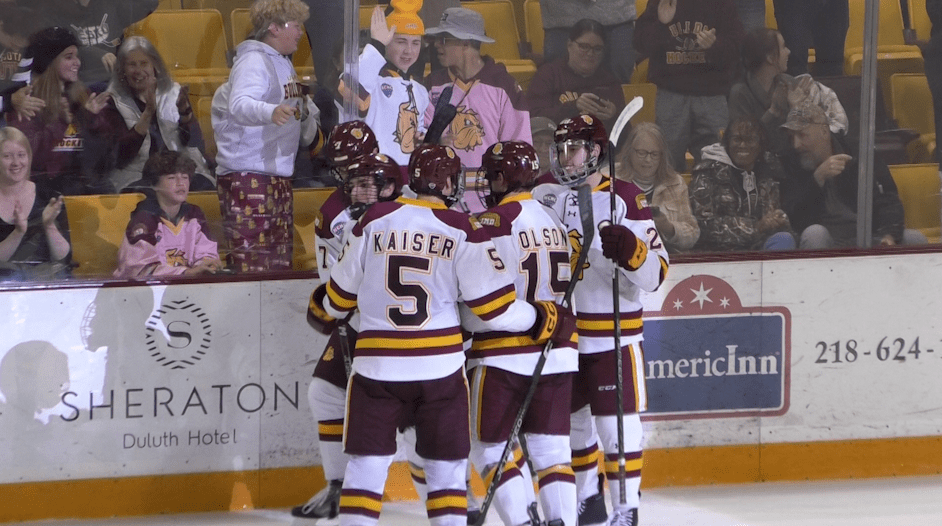 The University of Minnesota Duluth (UMD) men’s hockey team opened up the season on Saturday against Arizona State.

Penalty trouble got in the way of UMD early as they gave up a power play goal, and trailed 1-0 after the first period.

The Bulldogs would tie the game in the second period with a goal from Dominic James.

The game would be decided in overtime with a goal from Derek Daschke, as UMD won their season opener 3-2.

The Bulldogs will face off against Arizona State again tomorrow at 4:00 p.m.