After a brief break from precipitation, snow chances return late tonight. Light snow will move in from the west, becoming widespread Monday morning. We could see moderate snowfall towards Pine, Burnett, and Washburn counties in the afternoon, but this round will stay light otherwise. That said, the snowfall will be persistent, lasting through the day Monday and into Tuesday.

Areas along the North Shore will have lake-effect snowfall, resulting in more accumulation. The National Weather Service has issued a Winter Weather Advisory for Lake and Cook counties, in effect from 4 am Monday to 6 pm Tuesday. The latest road conditions, live traffic cameras, and an interactive radar can be found at WDIO.com/weather.

Another round of snow is likely Wednesday night.

A chance of flurries before 8pm, then a chance of snow after 4am. Cloudy, with a low around 17. Calm wind becoming east around 5 mph. Chance of precipitation is 30%. 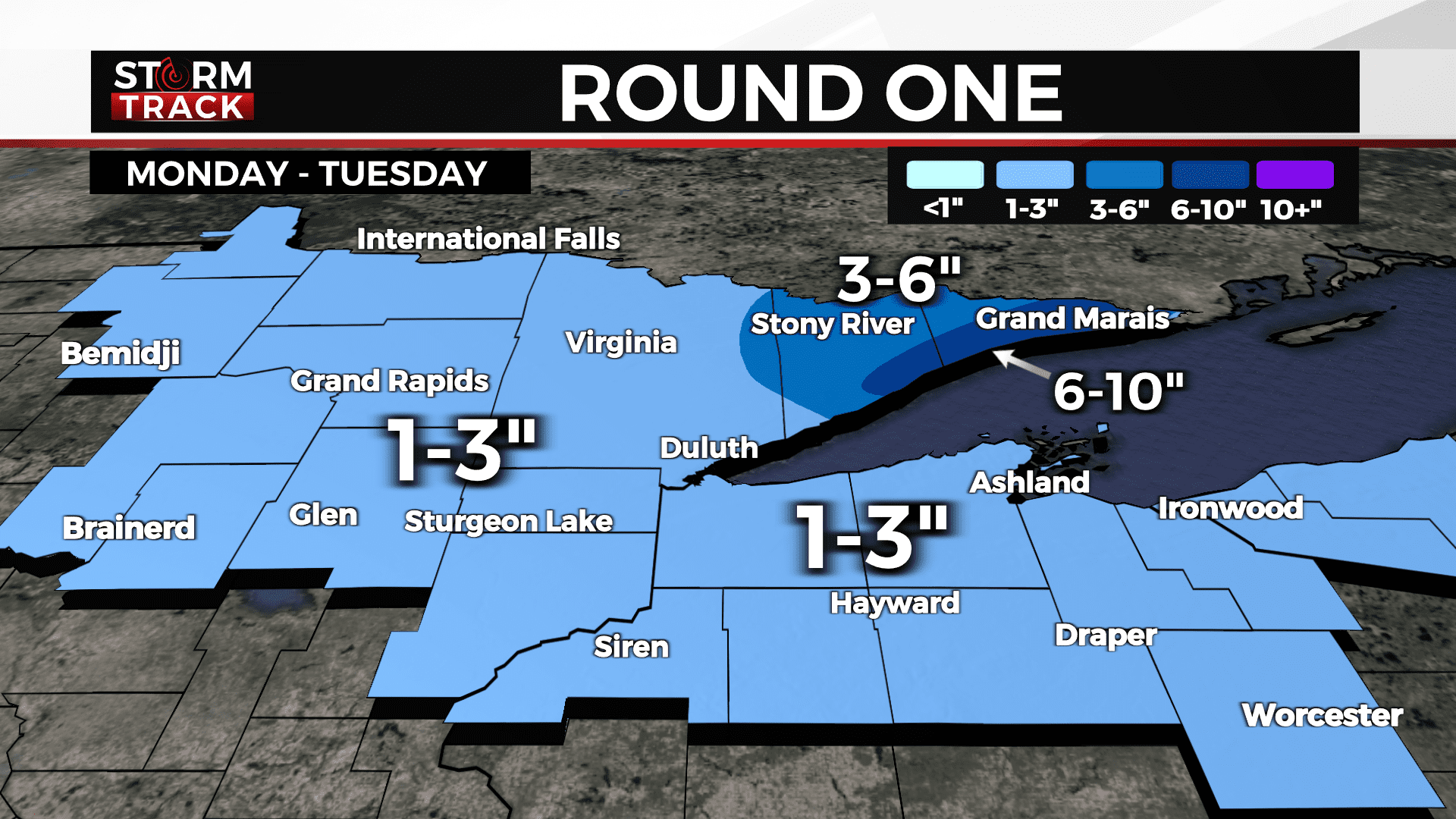 Snow likely, mainly after 7am. Cloudy, with a high near 30. Southeast wind 5 to 10 mph. Chance of precipitation is 70%. New snow accumulation of 1 to 2 inches possible.

Snow likely, mainly after 1pm. Cloudy, with a high near 32. East wind around 5 mph. Chance of precipitation is 60%. New snow accumulation of less than one inch possible.