Tonight will be cloudy with overnight lows mostly in the negative single digits. A light northwest breeze will keep temperatures a little warmer along the South Shore.

Monday will begin cloudy but dry. Light snow will move in from the west in the afternoon, becoming widespread by evening rush hour. Unlike last week’s snow, this round will have a really high snow to water ratio, resulting in fluffy snow rather than the wet, heavy type. Most of the snow will be done by Tuesday morning, but there may be a few lingering flurries for the Twin Ports into the Arrowhead.

There is potential for a winter storm starting Wednesday, but forecast models are currently not in agreement with some taking the low-pressure system further south than others. We could see snow for the remainder of the week, so it is important to keep an eye on the most recent forecast while planning holiday travel.

In addition to the snow chances, we are in for a frigid week ahead. Starting Tuesday night, overnight lows will be in the negative teens, even dropping down to the negative twenties in some areas. Wind chills will be dangerously low for several nights this week. 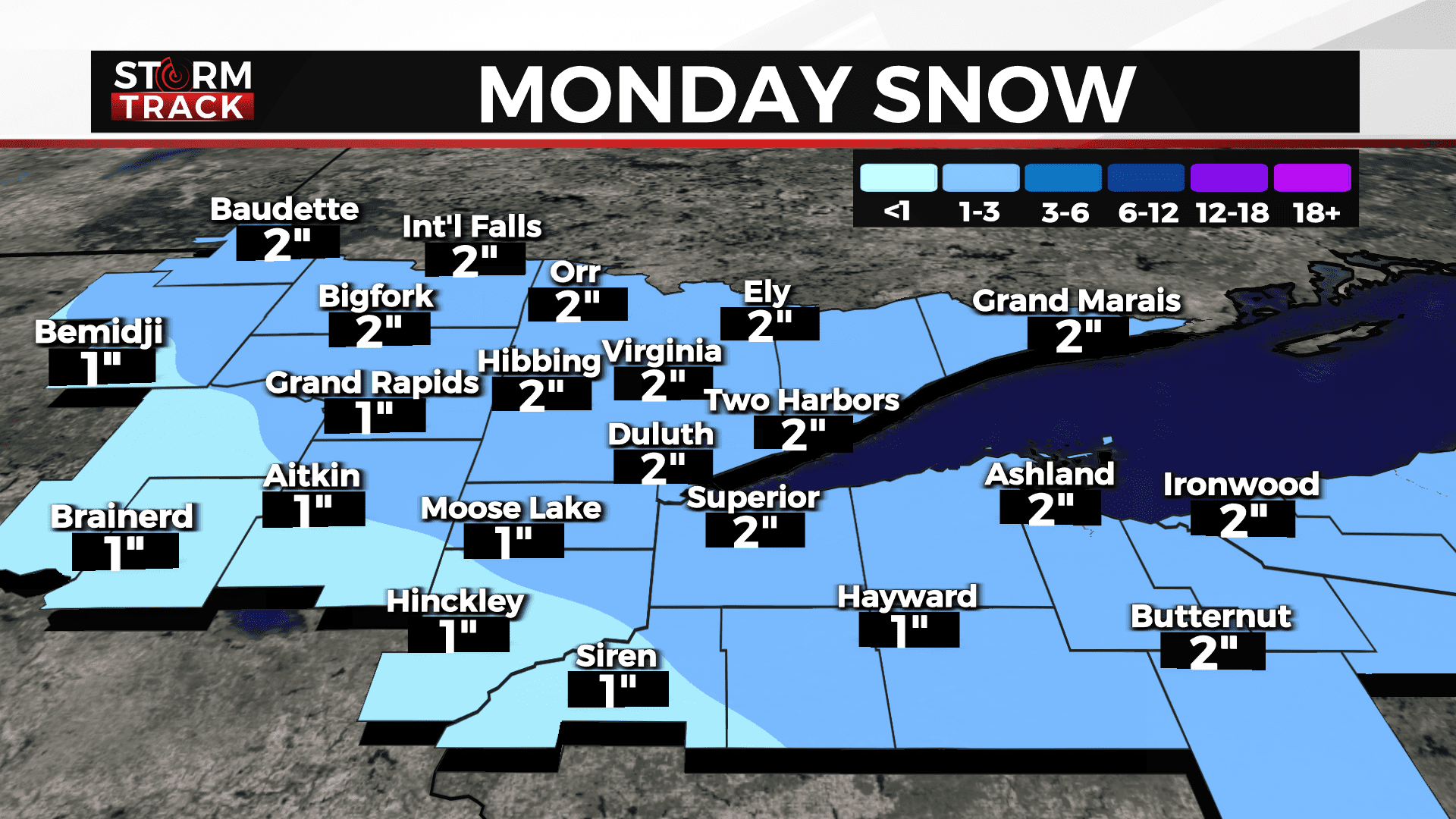 Light, fluffy snow will move through the Northland on Monday afternoon.

A 40 percent chance of snow, mainly after 5pm. Mostly cloudy, with a high near 10. Northwest wind around 5 mph becoming southeast in the afternoon.

A 30 percent chance of snow after 1pm. Partly sunny and cold, with a high near -2. West wind around 5 mph.

A chance of snow, mainly before 1pm. Mostly cloudy and cold, with a high near -2. Blustery, with a northwest wind 10 to 15 mph, with gusts as high as 20 mph.

A slight chance of snow. Partly sunny and cold, with a high near 0. Blustery, with a northwest wind around 15 mph, with gusts as high as 30 mph.

Mostly sunny and cold, with a high near 3. Blustery, with a northwest wind around 15 mph, with gusts as high as 25 mph.