On the women’s side, after becoming the Yellowjackets all-time leading goal scorer, junior Niya Wilson was named offensive player of the week, scoring five points in two games.

She is now the UWS women’s soccer team’s all-time leader in goals with a grand total of 35.

“Super cool to be from Superior and break the record, just because it means that a lot of my goals have been seen by my family and my friends. Unfortunately I couldn’t put the the record breaking one in at home, but it was still pretty exciting and my family was there to see it,” claimed Wilson.

“She is athletically intelligent. She has so many different tools and tricks up her belt. She can score goals, she can flick balls on, she does things that no one else in this conference does,” stated head coach Allison Degroot. 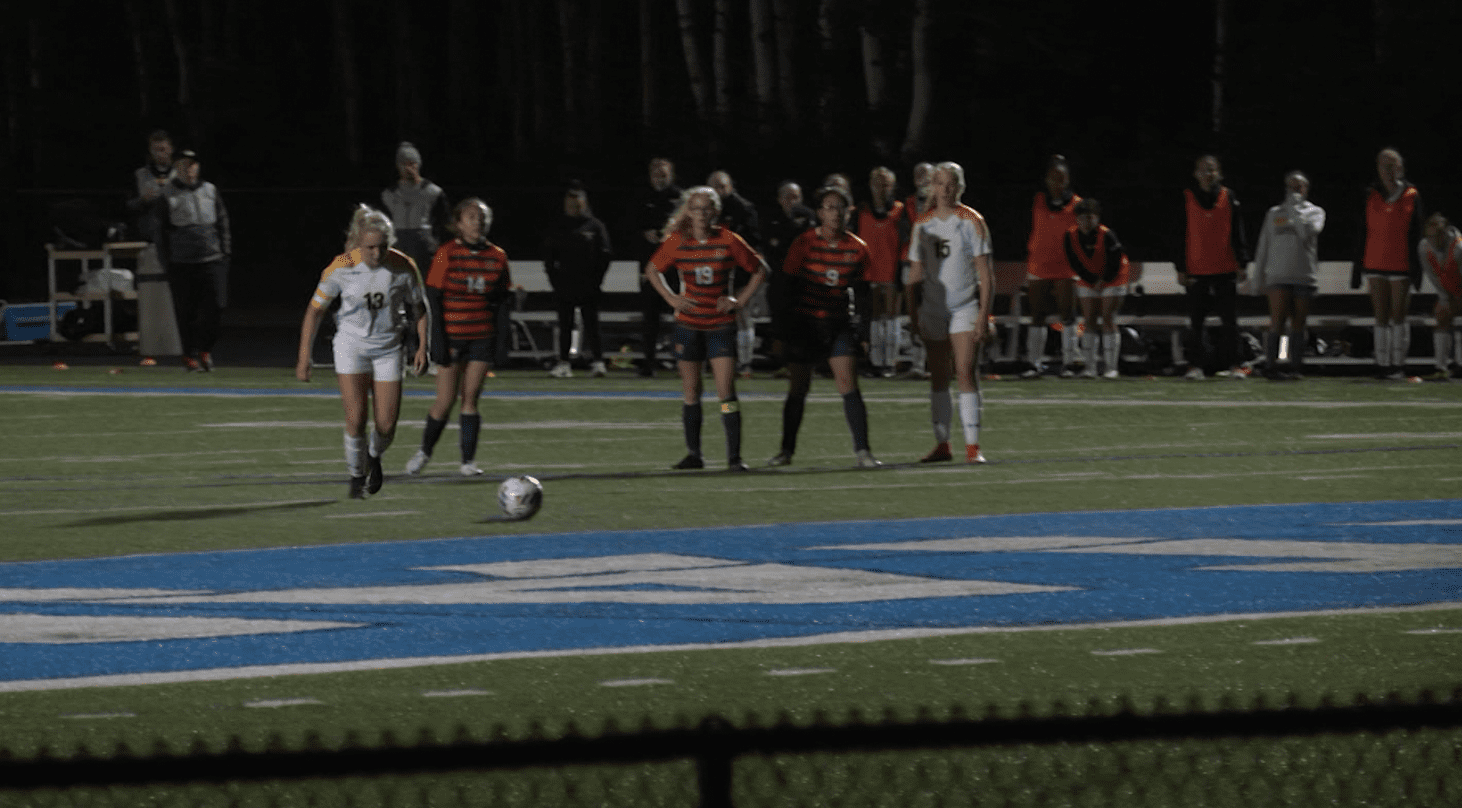 Niya Wilson scores on a PK

This season Wilson has eight goals and six assists, good enough for 22 points, helping lead the team to a UMAC regular season title.

“That’s back to back wins so obviously a great accomplishment. I think coming into this year we were a little worried about losing some key players, but people definitely stepped up, filled in those roles. I think we’re having a great season and it’s tons of fun,” added Wilson.

The Yellowjackets have two games remaining on the regular season against the University of Minnesota Morris and Crown College.