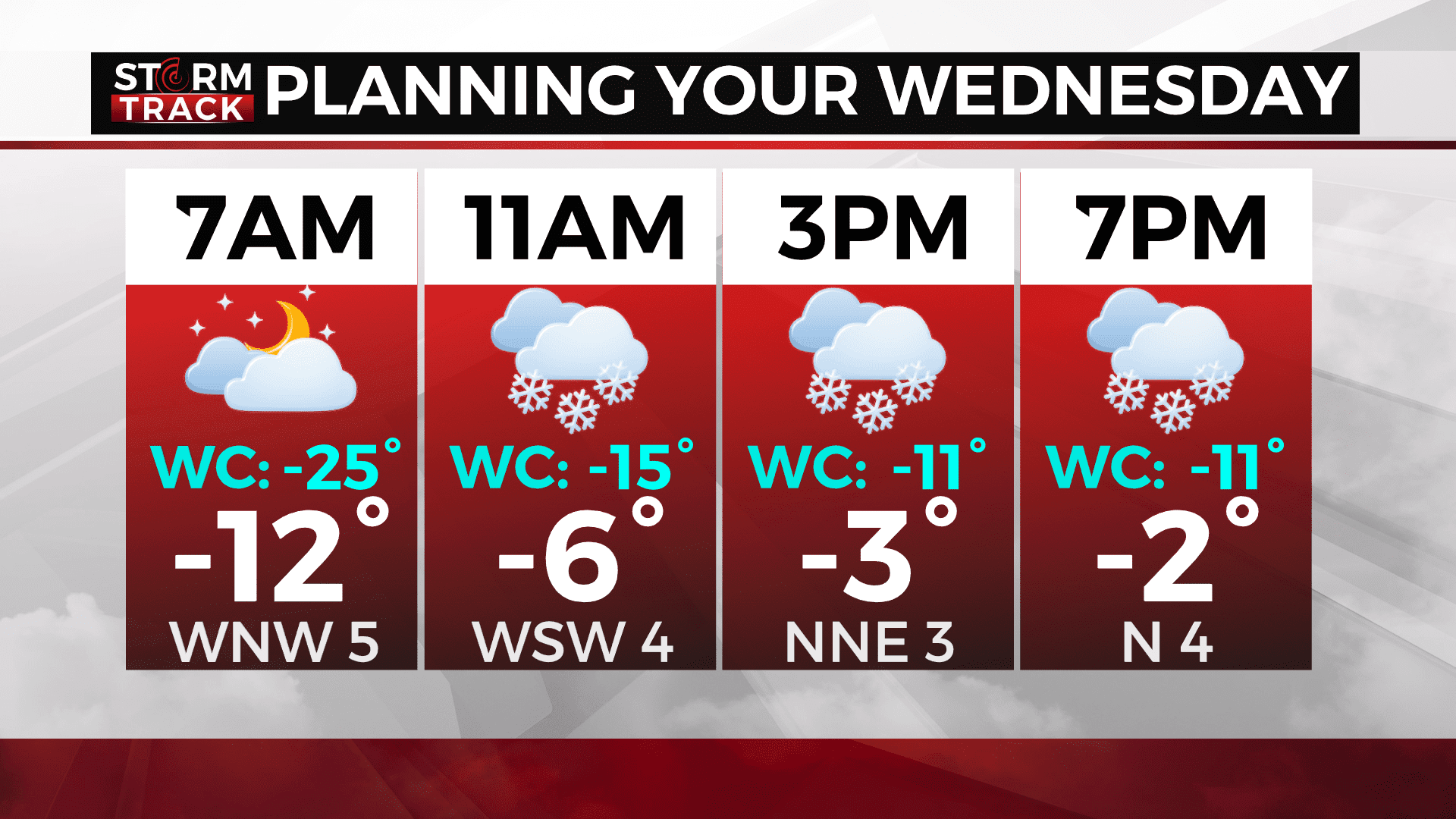 A frigid start to our Wednesday becomes snowy

Our Wednesday begins with temperatures in minus teens and twenties and wind chills in the minus thirties. A Wind Chill Advisory is in effect across the Northland until 10 am. Expect travel to become slick through the morning as scattered snow showers arrive from the west. A Winter Weather Advisory begins at 6 am for Cass Co., Itasca Co., and northern parts of St. Louis, Lake, and Cook Co. A Winter Storm Warning begins at 9 am for South St. Louis County, the North Shore, and the rest of the Northland.

The Advisory and Warning are set to continue until noon Saturday. The prolonged period is not indicating heavy snow falling through this 4 day period, but rather, it’s because of the winds. Snow will accumulate on roads today and impact travel, but winds during the day Wednesday remain mild. By Thursday morning, the bulk of accumulation from this system will be done for much of northern Minnesota and the northwest corner of Wisconsin, but blowing snow is expected to develop Thursday and continue to impact travel into Saturday.

With winds being out of the northwest and with very cold air remaining over Lake Superior, lake effect snow will develop for the South Shore on Thursday and continue into Saturday. This is the part of the Northland that will receive the greatest snow totals out of this system. Parts of Iron and Gogebic County could see 18”+. Amounts drop off moving west along the South Shore with as much as 12” possible around Ashland. At least 6” is expected for much of northwest Wisconsin. Amounts drop to 3-6” for the Twin Ports area and much of northern Minnesota. The exception will be localized amounts of 6-12” for parts of Lake and Cook County.