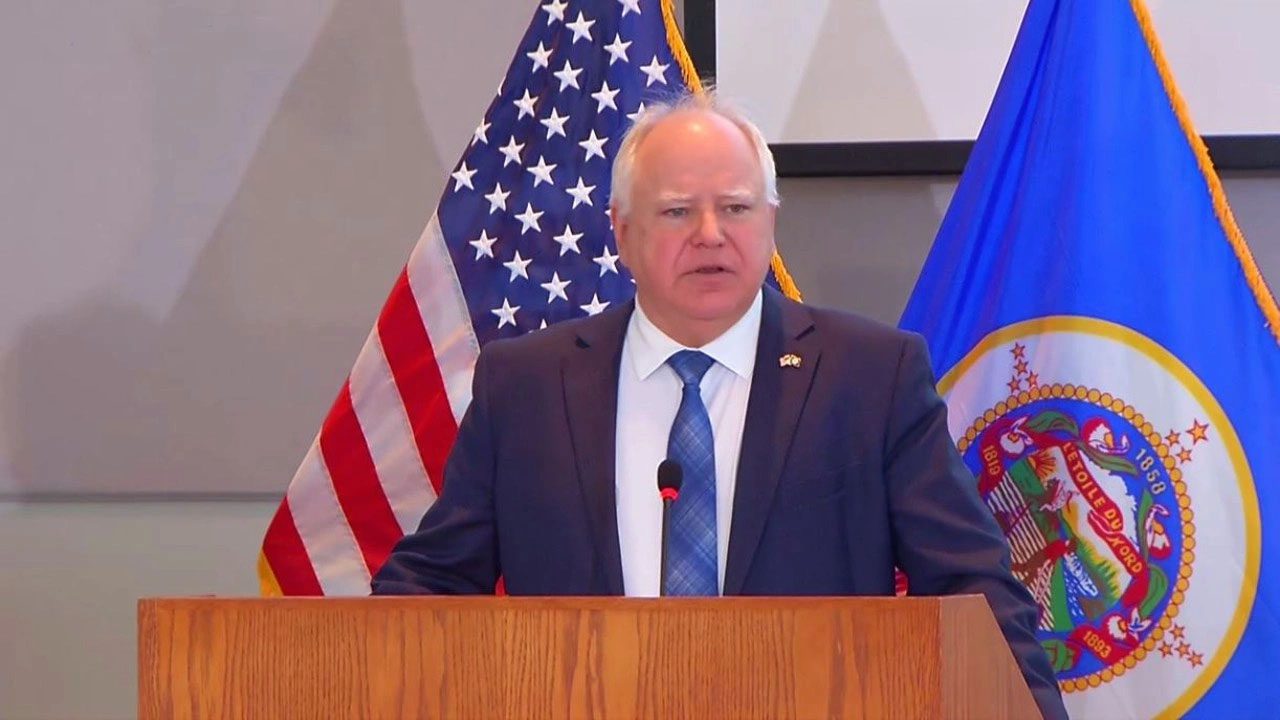 Gov. Tim Walz announced his full two-year budget proposal on Tuesday which includes a plan to send money directly back to Minnesotans.

According to Walz, the plan includes the largest tax cut in state history and a proposal to use part of the state’s more than $17 billion budget surplus for direct checks.

“Over the last week, we laid out our plan to make Minnesota the best state in the nation for children, invest in our economic future, combat climate change, and improve public safety across the state. Today, we lay out the full picture of how this budget will lower costs, cut taxes, and improve lives for Minnesotans,” said Governor Walz in a release. “With the largest tax cut in state history, the One Minnesota Budget invests directly in the people that made our state strong in the first place. For a middle-class family of four, the One Minnesota Budget could put $10,000 back in their pocket. We are delivering a transformational budget for Minnesotans, and I look forward to getting this done.”

His direct payment plan, which differs slightly from last year’s plan, calls for $1,000 checks for single filers making less than $75,000 per year, $2,000 for families with an income under $150,000 and up to an extra $200 for each dependent with a max of three. That means a Minnesota family with at least three kids and an income under $150,000 would get checks of $2,600. Anyone making over those thresholds, however, wouldn’t get a direct payment.

The direct payments are the centerpiece of an overall $65 billion budget he unveiled to reporters. The Walz administration says more than 2.5 million Minnesotans would get the checks if lawmakers approve the plan.

The Democratic governor’s budget also includes lower taxes on Social Security income for more than 350,000 households, but not a complete elimination of the tax as Republicans and some Democratic lawmakers have proposed.

The governor’s budget proposal sets the stage for the main work of the 2023 legislative session. But his fellow Democrats, who now control both chambers, will have their own ideas about spending and tax priorities, and the final budget will be the product of committee hearings, floor debates and private negotiations over the next few months.

Provide Direct Payments and Tax Cuts for Working Families and Seniors
Minnesotans continue to drive the state’s economy forward and as a result, Minnesota has a historic surplus. The Governor and Lieutenant Governor recommend sending nearly $4 billion of the state’s surplus directly back to Minnesotans in the form of checks up to $2,600. These direct payments would be structured as an advanced income tax credit equal to $2,000 for families with income below $150,000 and $1,000 for single filers making less than $75,000. More than 2.5 million Minnesota households would receive a check in the One Minnesota Budget. The Governor and Lieutenant Governor also recommend $219 million to reduce taxes on Social Security benefits for over 350,000 Minnesota households. This proposal would expand the number of seniors eligible for lower Social Security taxes and raise the thresholds at which the tax cuts start to phase out. The Governor and Lieutenant Governor recommend increasing the Local Government Aid and County Program Aid programs by $30 million each, assisting cities and counties with improving their local roads and infrastructure and keeping property taxes low for Minnesotans. The Governor and Lieutenant Governor also recommend increasing the School Building Bond Agricultural Credit to help support schools in greater Minnesota and lower property taxes for farmers. This comes after the Governor proposed over $1 billion over four years in tax credits to expand the Child and Dependent Care Credit and $1.1 billion in tax cuts in 2024-2025 and $1.2 billion in 2026-2027, creating a nation-leading Child Tax Credit and cutting child poverty by 25%. The Governor also proposed significant tax cuts through the Angel Tax Credit and the State Historic Structure Rehabilitation Tax Credit.

Legalize Adult-Use Cannabis
Governor Walz and Lieutenant Governor Flanagan recommend funding for the safe and responsible legalization of adult-use cannabis in Minnesota. A new Office of Cannabis Management would be responsible for the implementation of the regulatory framework for adult-use cannabis and hemp-derived products, along with the medical cannabis program. The recommendation also includes funding for grants to assist individuals entering the legal cannabis market, additional resources for substance use disorder treatment and prevention, and expungement of non-violent offenses involving cannabis.

Additional details for the One Minnesota Budget are attached and can be found here.