Wednesday night was an important one at the University of Wisconsin-Superior (UWS).

“There’s no cure. I’m going to have good days, but how bad is recovery? It’s the constant process for me, but the same way that I’m trained to be an amazing basketball player is the same way I have the train when it comes to my mental health,” Holdsclaw shared.

Holdsclaw, also an Olympic gold medalist from the 2000 Sydney games, shared with UWS student-athletes and the campus community her personal struggles with depression and how she has found help.

Malarchuk offered up the story of his difficult past, including a near-death experience on ice when a skate cut his neck, as well as subsequent struggles with depression, anxiety, and alcoholism. 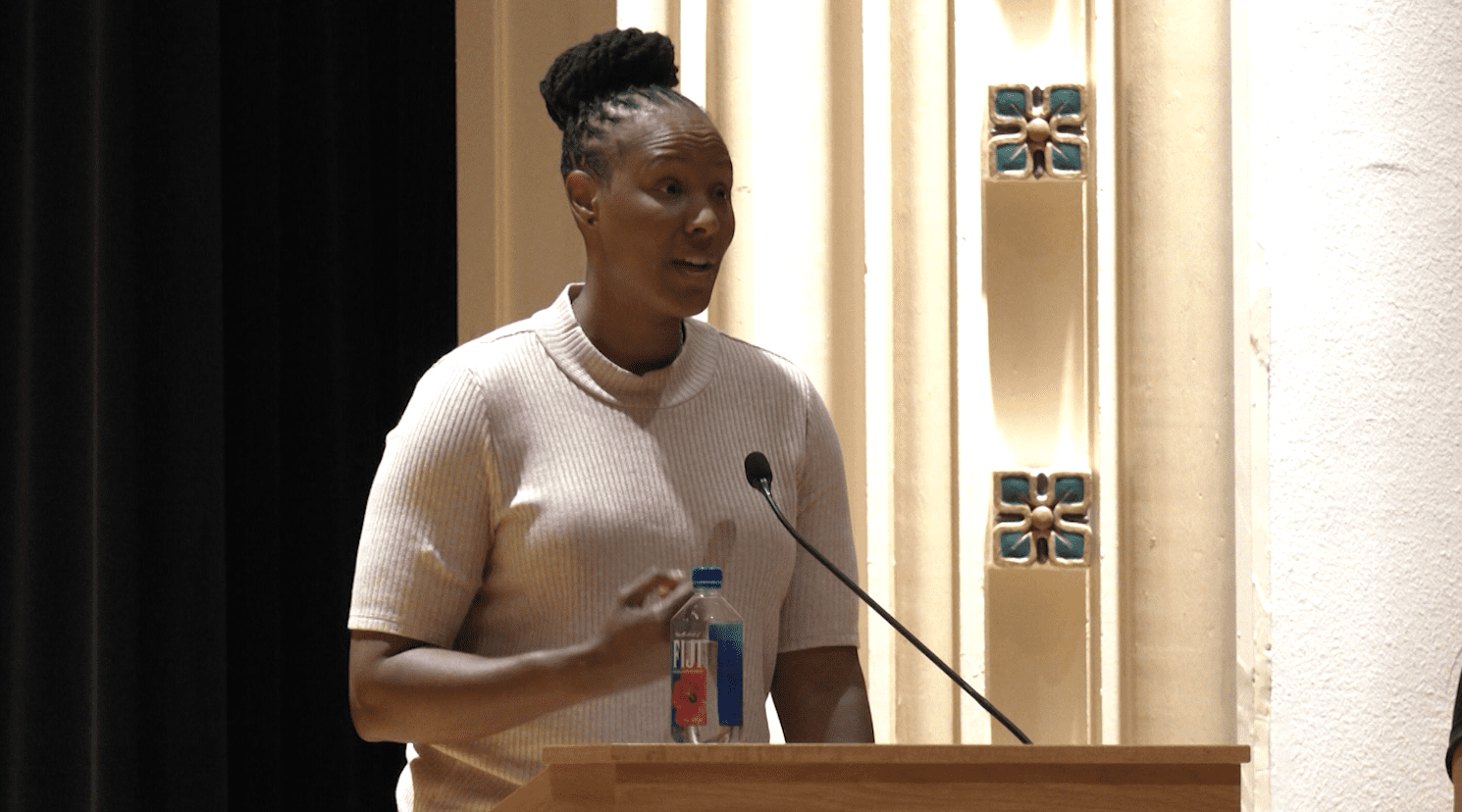 Chamique Holdsclaw talks at UWS about mental health in sports.

It was all in an effort to help destigmatize mental illness in the sports world and beyond.