On Wednesday University of Minnesota Duluth (UMD) women’s hockey graduate forward Gabbie Hughes was named one of 15 nominees for the 2023 Hockey Humanitarian Award.

Last March she was named a top three finalist for the 2022 award, and is one of four repeat nominees.

The award is given to ‘college hockey’s finest citizen’; a student-athlete who makes significant contibutions to their team and community.

The co-founder of Sophie’s Squad, a nonprofit for athlete’s mental health, Hughes has helped raise over $250,000 in the past year alone.

She also leads UMD in points this season with 31. 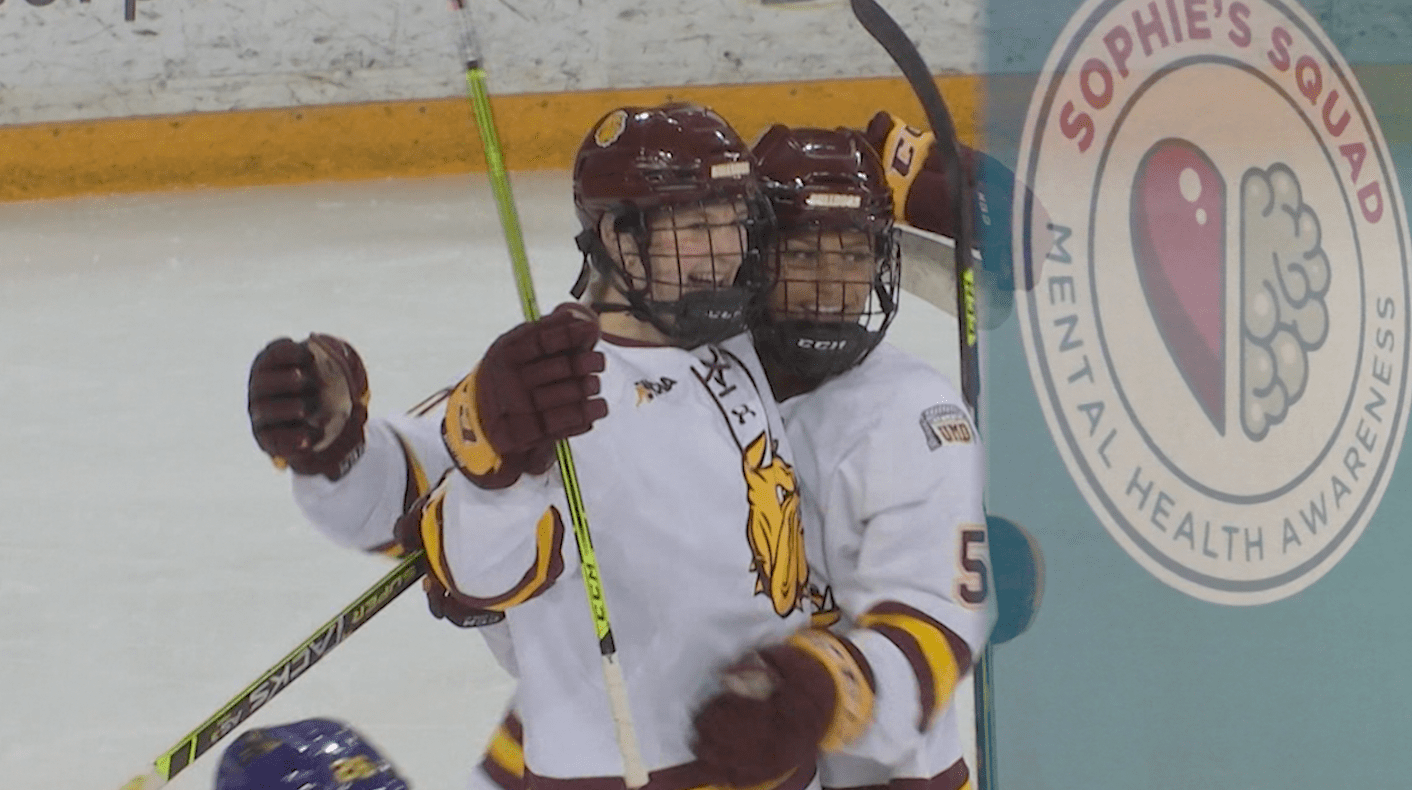 UMD's Gabbie Hughes is a Hockey Humanitarian finalist for her work with Sophie's Squad.