Coming off a big win over Ohio State, the University of Minnesota Duluth women’s hockey team was looking to keep the momentum going as they hosted the University of St. Thomas for game one of their two-game home series.

Four and a half minutes into the game, the bulldogs struck first with a goal by Naomi Rogge. Several other Bulldogs notched their own goal during the game, including Taylor Anderson, Mannon McMahon, Ashton Bell, Anneke Linser, Katie Davis, and Gabbie Hughes.

The Bulldogs went on to win big over St. Thomas 8-1. UMD committed 56 shoots on goals against the Tommies, as they only committed 14. Game 2 of the weekend series will be on Saturday; puck drops at 3 p.m. 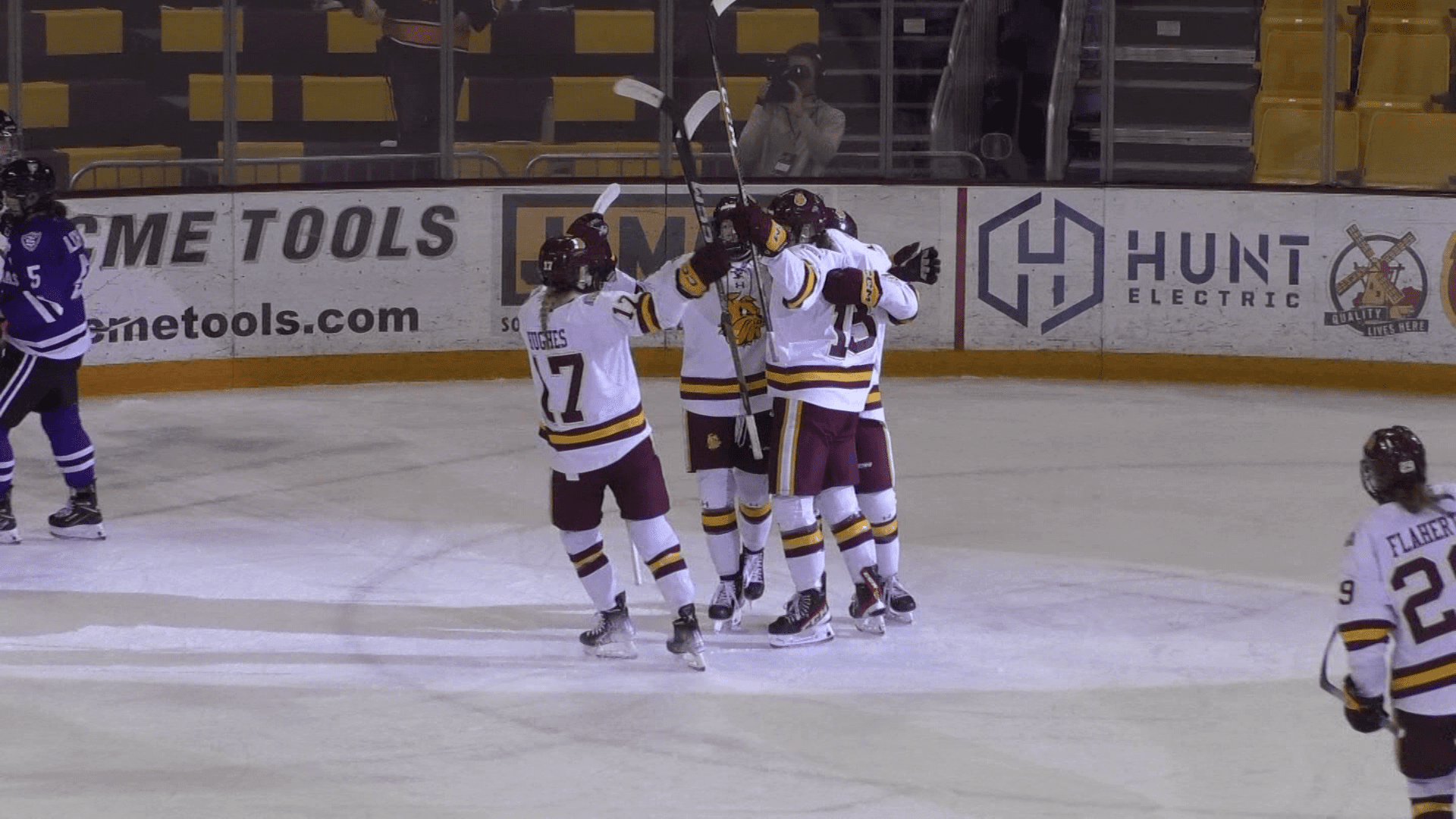