Nina Jobst-Smith scores in OT completing No. 5 UMD’s rally to best No. 3 Wisconsin

The Badgers came into the game with a 9-1 record, winning their last nine games in a row.

Lacey Eden scored the first goal for the Badgers in the first period.

UMD was kept off the board until with less than three minutes left in the third when Gabbie Hughes tied the game forcing overtime.

Nina Jobst-Smith scored the overtime winner, scoring the second goal of her career, as UMD won 2-1 improving to 7-2. 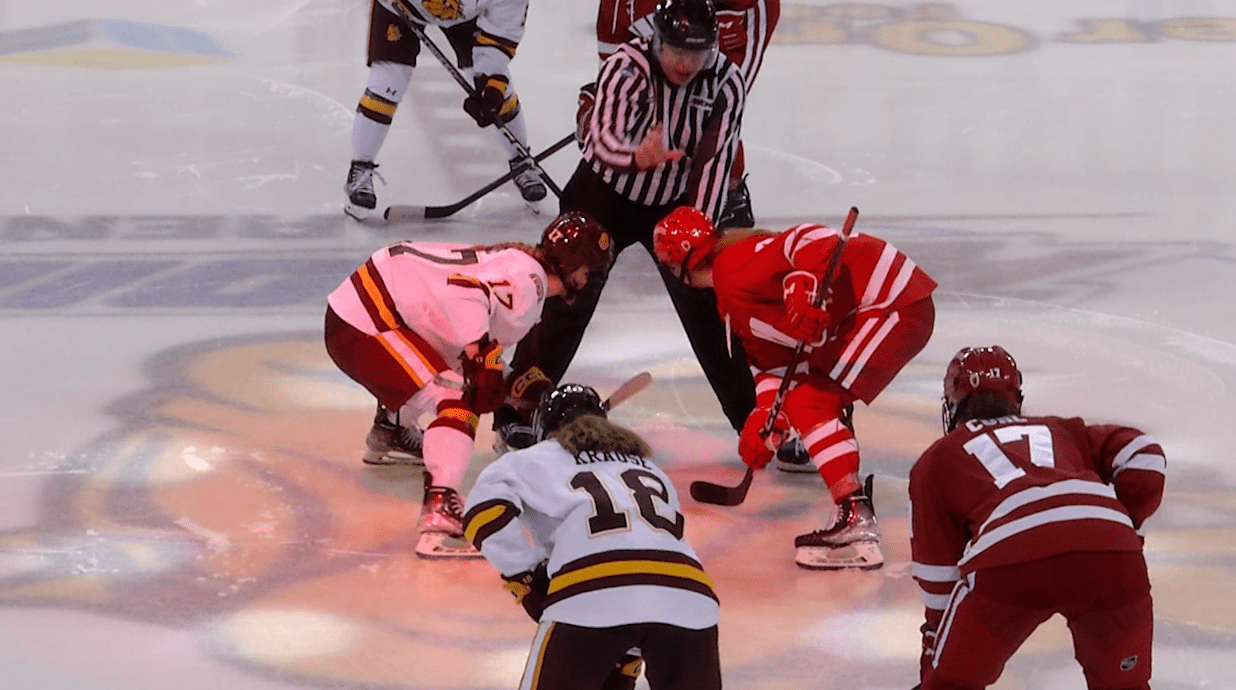 UMD tops No.3 Wisconsin in overtime.

“Patience is always key but I feel like it’s easy when you know what you’re doing is going to lead to a win,” Jobst-Smith said post-game. “I feel like that’s what we did tonight. We just worked and you don’t really have a doubt in your mind even if you’re trailing, you kind of just know that what we’re doing is going to ultimately lead us to the win. It’s only my second goal ever so I’m soaking it in!”

Game two of their weekend series against Wisconsin will be tomorrow at 3:00 p.m.