UMD women’s hockey ranks No.7 after split with OSU

The University of Minnesota Duluth women’s hockey team came into this prior weekend ranked No. 8 in the country, taking on No. 1 Ohio State University.

The Bulldogs lost by one goal Friday and then Saturday won in overtime 5-4.

Which granted them a one spot jump in this weeks USCHO.com poll, to number seven.

A big factor in that win was junior defender Nina Jobst-Smith who was named the Western Collegiate Hockey Association (WCHA) defender of the week.

She had the game-winning assist Saturday against the Buckeyes, while also scoring a powerplay in game. 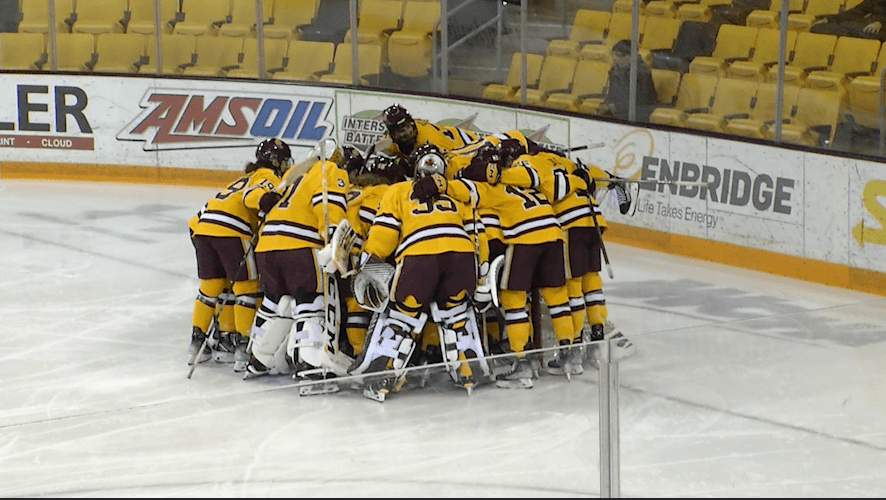 UMD women's hockey moves to No.7

Jobst-smith has also been rolling as of late, recording points in her last three games, a total of 13 on the season.