Still the overall performance and grit from the team, being able to score goals in different situations, was encouraging.

“We put ourselves in a position to win and did really well in situational hockey. Powerplay scored, five on three scored, six on five scored. Unfortunately, that one had to come back but I think we have a really good hockey team and a really resilient group in there,” said head coach Maura Crowell.

The offence from the Bulldogs also came from more than just their forward core, as three of UMD’s five goals in the two games came from defensemen.

“I think we were just rolling there in the second. We’ve been having really good second periods, just getting good line changes and keeping the pressure on them in the zone. We were able to establish that and get some good looks,” said senior defender Ashton Bell. 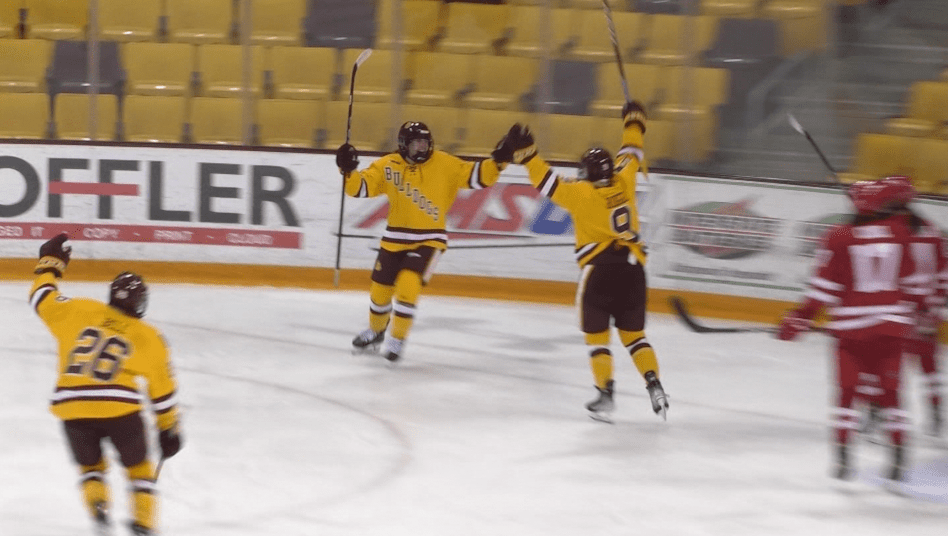 The road ahead wont be any easier as UMD will face No. 2 University of Minnesota this weekend, with Friday’s puck set to drop at 6:00 p.m.