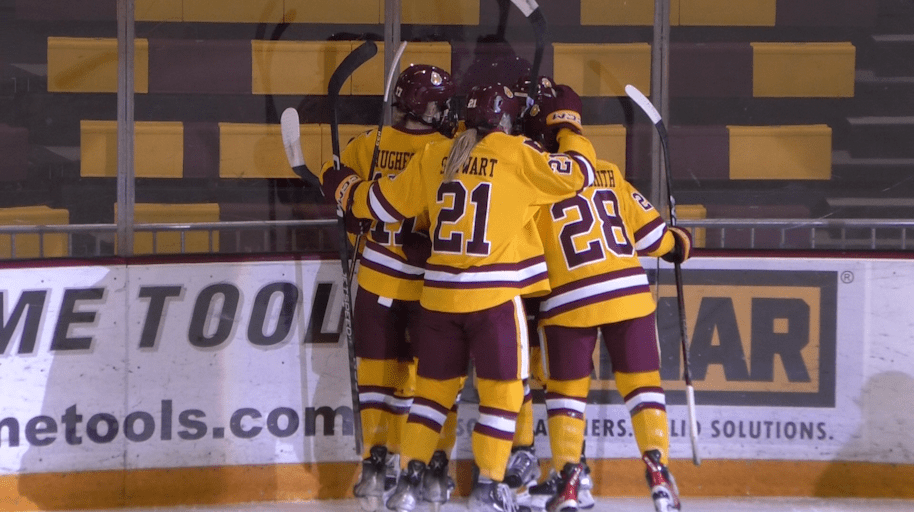 The University of Minnesota Duluth (UMD) women’s hockey team was on the road looking to split the weekend against Ohio State.

The Bulldogs recorded a total of 25 shots on goal in three periods.

Mannon McMahon and Gabbie Hughes scored for UMD in the game, as they fell 3-2.

“I thought we played a heck of a lot better today overall for probably 50 minutes out of the game or so. Some of the best hockey I’ve seen us play in in years against Ohio State. So that was really good, there’s a lot to build off of there but you know coming away with one point is disappointing,” said head coach Maura Crowell.

UMD is back at home Friday at 3:00 p.m. against Wisconsin.