Despite securing their second straight sweep, shutting down Harvard over the weekend, the University of Minnesota Duluth (UMD) women’s hockey team still sits at number seven in the latest USCHO.com rankings.

The Bulldogs allowed zero goals over the weekend shutting out the Crimson 4-0 Friday and 9-0 Saturday.

Graduate forward Gabbie Hughes got a piece of six of those 13 goals, tallying five assists and one goal, becoming the ninth player in program history to reach 75 career goals on Saturday. That performance earned her Western Collegiate Hockey Association (WCHA) Forward of the Week honors.

Both Bulldog teams are off this weekend and return home for conference series December 2-3. The women will host Ohio State and the men Colorado College. 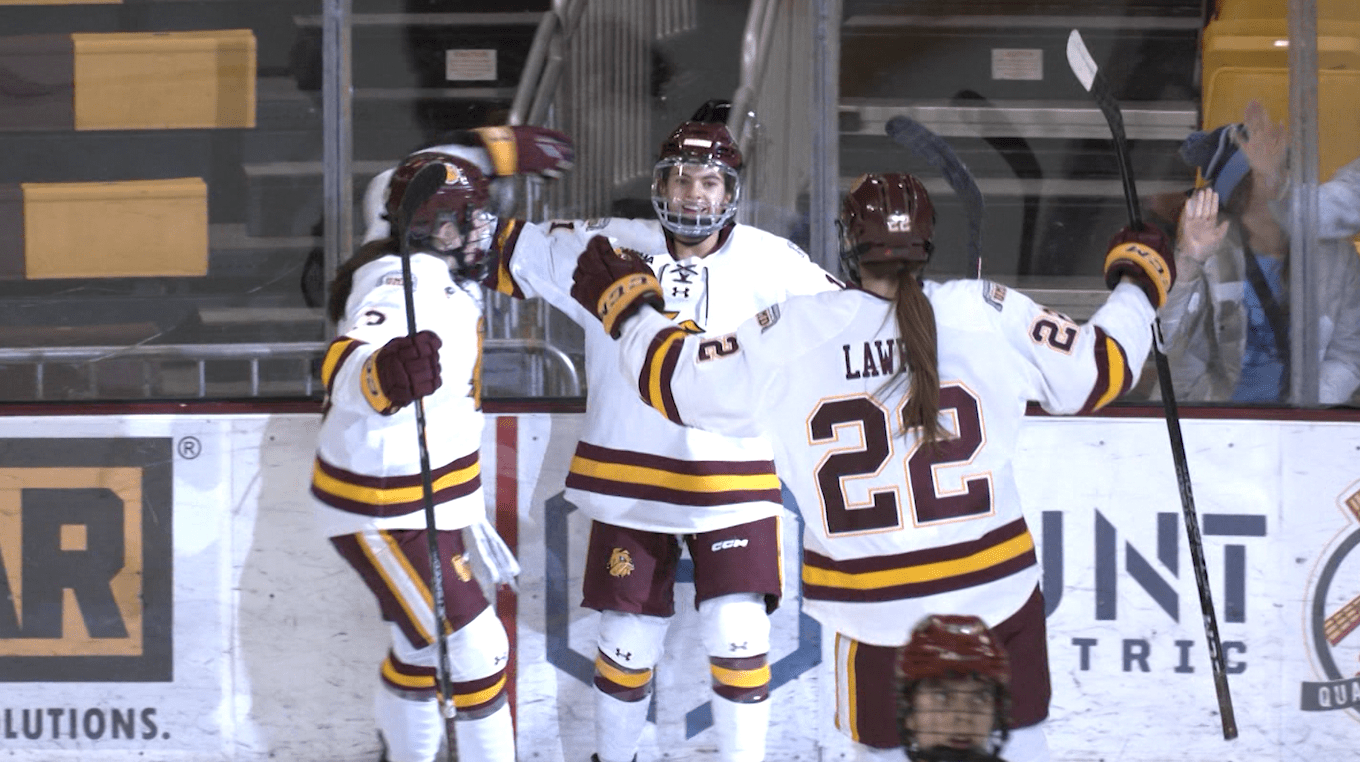 Katie Davis celebrates her third period goal to give UMD a 2-0 lead over Harvard Friday at AMSOIL Arena.