UMD volleyball gearing up for first NCAA tournament since 2019

The University of Minnesota Duluth (UMD) volleyball team is heading to the NCAA tournament for the first time since 2019, and for the 23rd time in program history. A place the senior class of this season haven’t been since freshman year, which is cause for a ton of excitement.

“Getting the chance to compete with my teammates another time. Some teams don’t get that opportunity, so I’m really blessed to have that, especially with it being my senior year,” said senior outside hitter Sydney Lanoue.

“To go out on a high note is a big one. Obviously, they’d like to make sure this doesn’t end after Friday. So working really hard to make sure we’re ready to go, and I’m excited for both of them,” added head coach Jim Boos.

They are set to take on Washburn University in the first round of play. A team that last year made it all the way to the NCAA championship game, this year however have the same amount of experience as the Bulldogs.

“Six of those seven players graduated. So it’s an entirely different group than it was last year. Yet they found their way back into the national tournament as well. So it tells you they’re playing well despite being young,” said Boos. 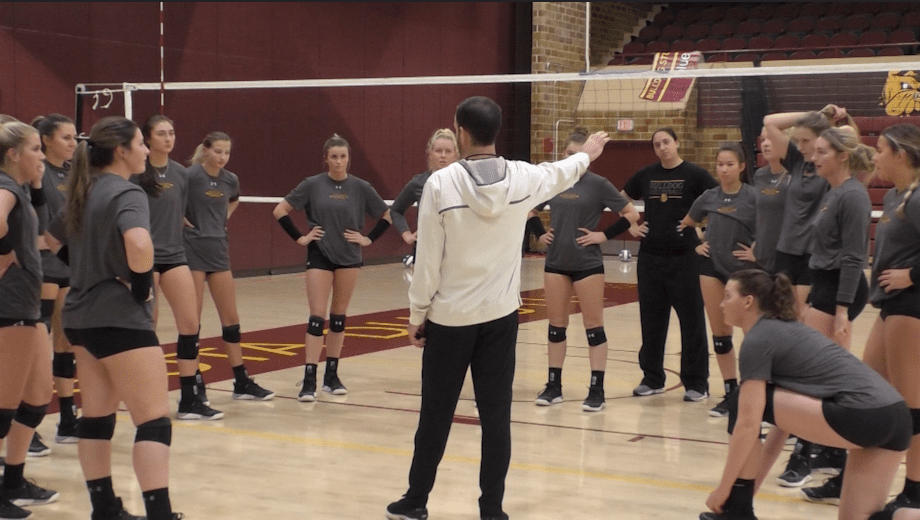 The opposition also reminds the coaching staff of a team they have already played this season.

“They’re similar to Sioux Falls in our league. In terms of six-two offense, kind of a pinch base defense. It’s going to present a big challenge and that’s what you’d expect going into the NCAA tournament,” continued Boos.