Both the University of Minnesota Duluth (UMD) men’s and women’s hockey teams earned a pair of wins over the last week to keep them in the top five of the latest rankings.

Earning a season opening series sweep over Arizona State University the Bulldog men have moved up one spot to number four in Monday’s USCHO.com poll. UMD downed Arizona 3-2 in overtime Saturday and 4-1 on Sunday.

Scoring two goals in that victory was freshman Ben Steeves, who earned National Collegiate Hockey Conference (NCHC) Rookie of the Week honors for his efforts.

Holding off St. Lawrence University and 11th ranked Penn State the UMD women held on to their number four spot in the USCHO poll now sitting 4-0 on the season. 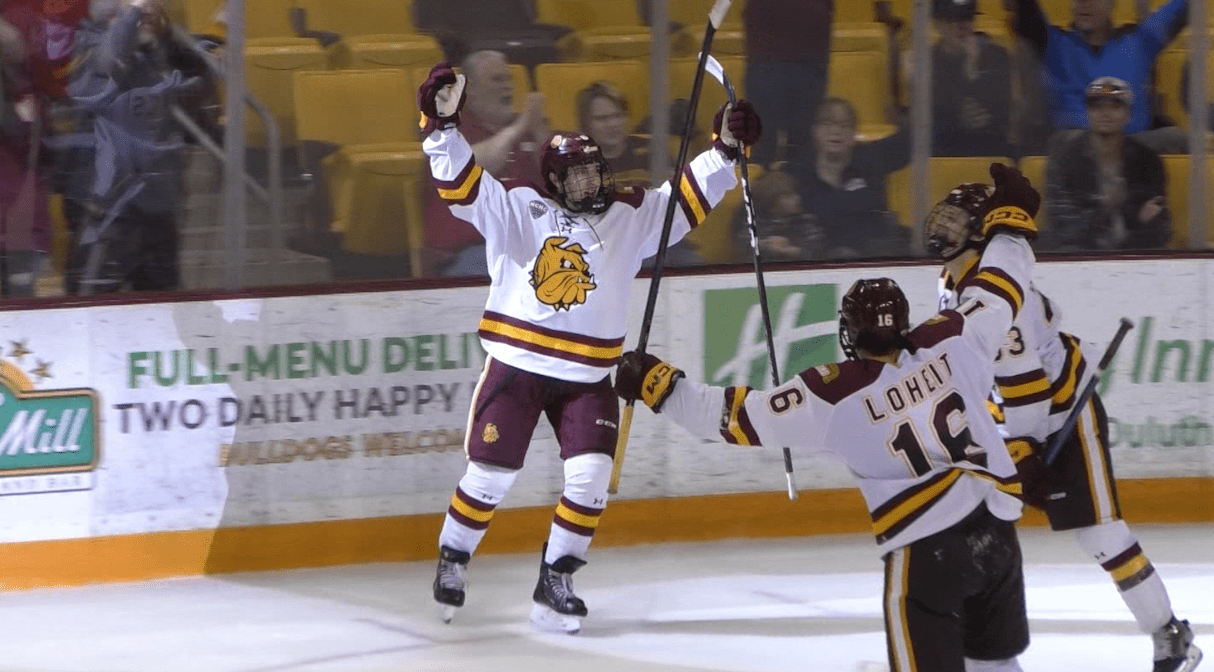