After suffering back-to-back overtime losses to the University of Denver December 9 & 10, the University of Minnesota Duluth (UMD) men’s hockey team has returned to practice prepping for their first game in three weeks.

The 8-10 Bulldogs will host St. Thomas University this Saturday for exhibition action. However they’ll be without the talents of Hermantown native, forward Blake Biondi.

Assistant coach Cody Chupp said, “I wouldn’t expect him back” for the rest of the season.

“I think we’re pretty settled with surgery. It was the other shoulder from the one that he had a previous injury in, so there’s a potential of doing both shoulders over the course of the next couple months.”

Biondi suffered that most recent shoulder injury against Denver on Dec. 9. The junior has six points on the season. 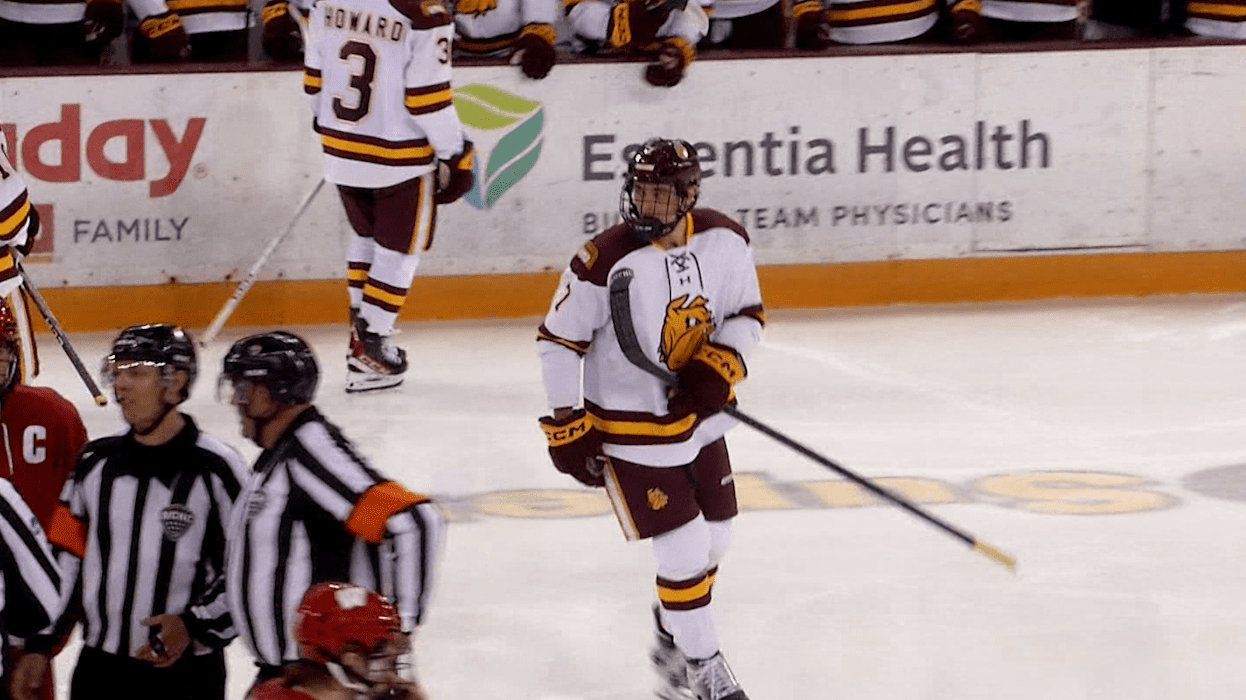 Saturday’s game will mark the Bulldogs and Tommies first meeting since Duluth went Division I in 1961.

Puck drop for the one game series is set for 2 p.m. at AMSOIL Arena.