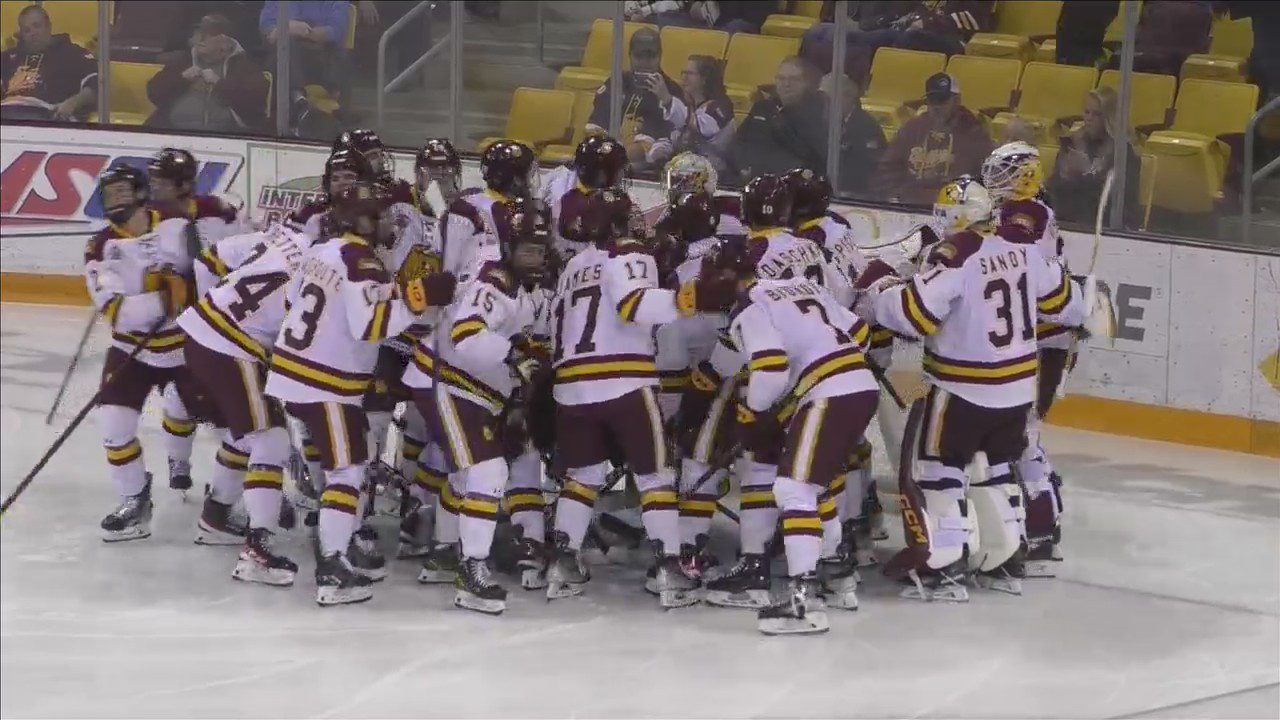 The University of Minnesota Duluth (UMD) men’s hockey team was on the road Friday taking on Omaha.

The Bulldogs fell down two goals going into the third period but mounted a comeback from thier.

Getting goals from Owen Gallatin just four minutes into the third period, and Dominic James tying the game at 2-2.

The Mavericks however scored the game winning goal with seven minutes remaining in the game, as they won 3-2.