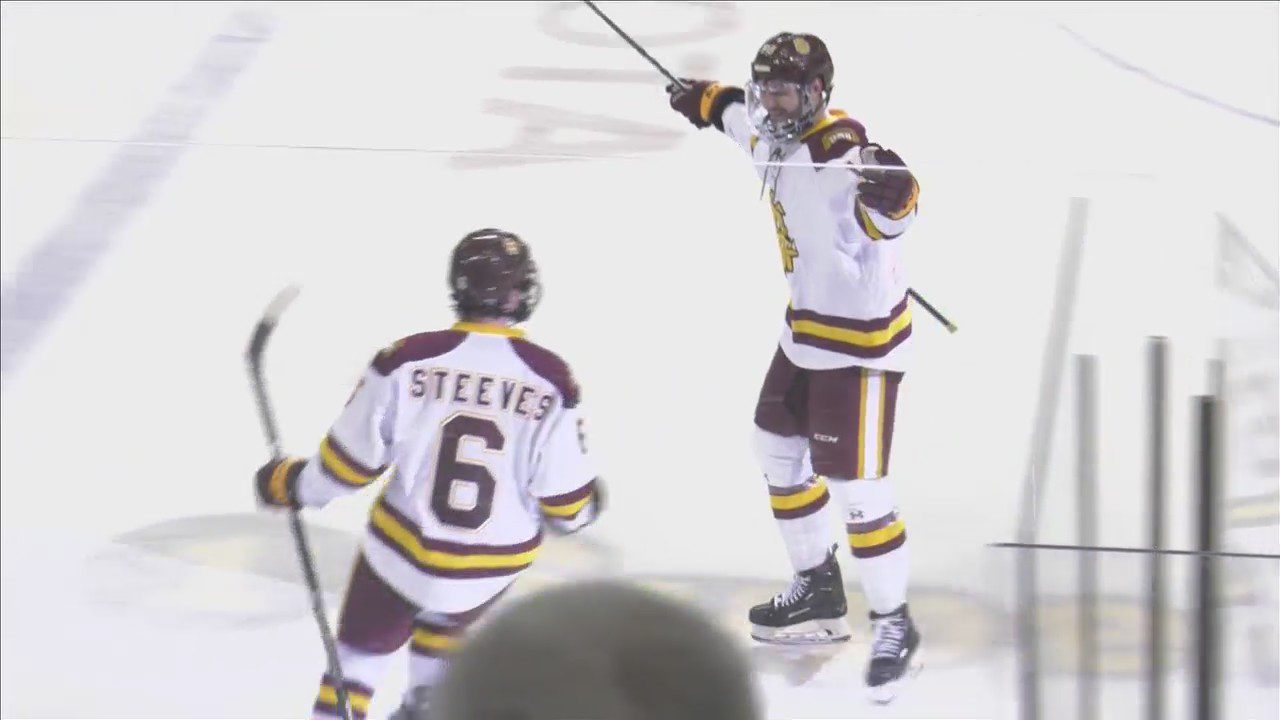 The University of Minnesota Duluth men’s hockey team was looking for a weekend sweep over No. 14 Western Michigan after a 5-4 win on Friday.

Cole Spicer opened the scoring for UMD with a goal five minutes in.

WMU tied the game, then Dominic James got the lead back for the Bulldogs with his fourth of the season.

Ben Steeves also picked up a goal on the night, however UMD fell 5-3.