The University of Minnesota Duluth (UMD) men’s hockey team hosted Cornell Big Red on Friday, as the teams faced off for the first time since 2005.

Defenseman Wyatt Kaiser opened the scoring for UMD with a goal from the Blue line.

Cornell tied the game in the second period, but with a minute left in the middle frame Ben Steeves helped the Bulldogs regain the lead.

The game was tied 2-2 in the third period but a late goal with a 1:41 left on the clock Derek Daschke scored the game winner. 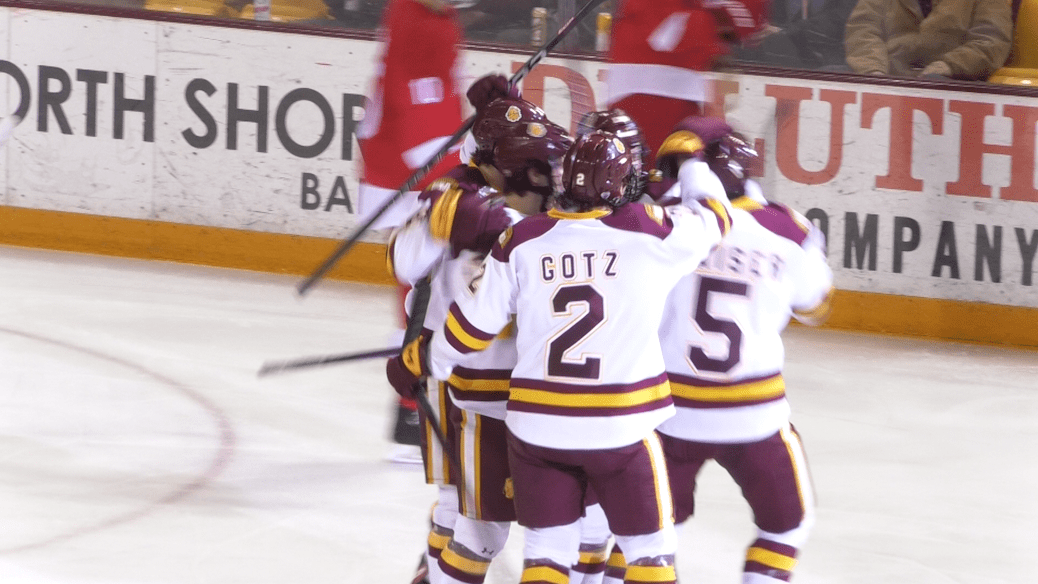 Wyatt Kaiser opens the scoring for UMD against Cornell.