The University of Minnesota Duluth (UMD) men’s hockey team was visiting Bemidji State for the first of a home and home weekend series.

The first two periods of the game were scoreless before the Beavers opened the scoring in the third.

UMD responded with a goal from Wyatt Kaiser, with only 1:55 remaining in the third period forcing overtime.

No team scored in the extra frame resulting in a shoot-out where Dominic James netted the solo goal.

UMD finished the game with a total of 37 shots on goal. 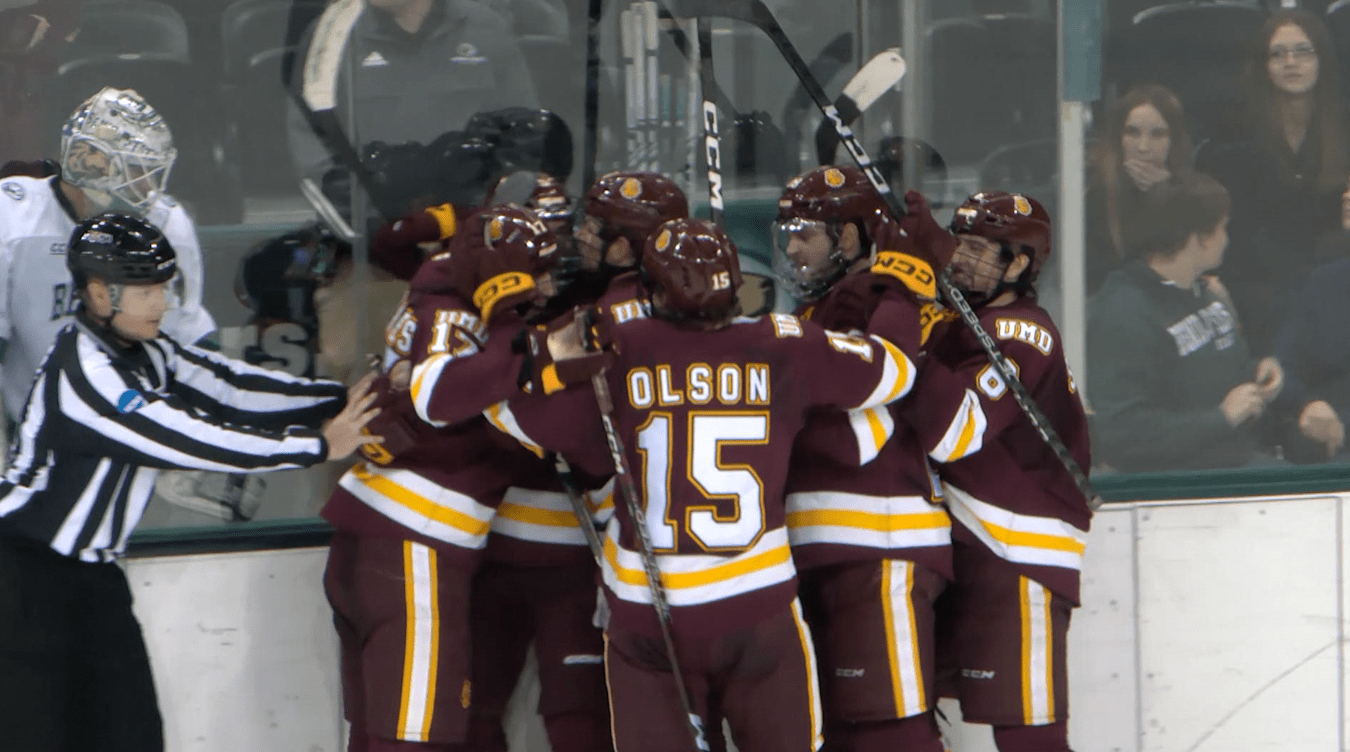 UMD men's hockey ties the BSU on the road.