The University of Minnesota Duluth (UMD) men’s basketball team started the year off with its media day on Thursday.

Fresh off a run in the NCAA tournament last season, the men return a large core of that 25-6 squad. Among them are their 2021-2022 leading scorers, the Northern Sun Intercollegiate Conference (NSIC) North’s Preseason Player of the Year, redshirt senior Drew Blair and junior Austin Andrews.

“I think our strength is we have a lot of experience, not just Andrews and Blair, but five starters back now for the third year in a row. Some guys off the bench like Josh Strong and Lincoln Meister, who played some really good roles for us. I think they have really improved. Mattie Thompson is a local guy that red-shirted last year but is having a big impact on our team right now as well,” said head coach Justin Wieck.

The men open up next week with two exhibition matches against UW-Superior on Tuesday and Division I Drake University on Thursday. They will then host Southern Arkansas November 11 to open their regular season in the American Family Insurance Classic. 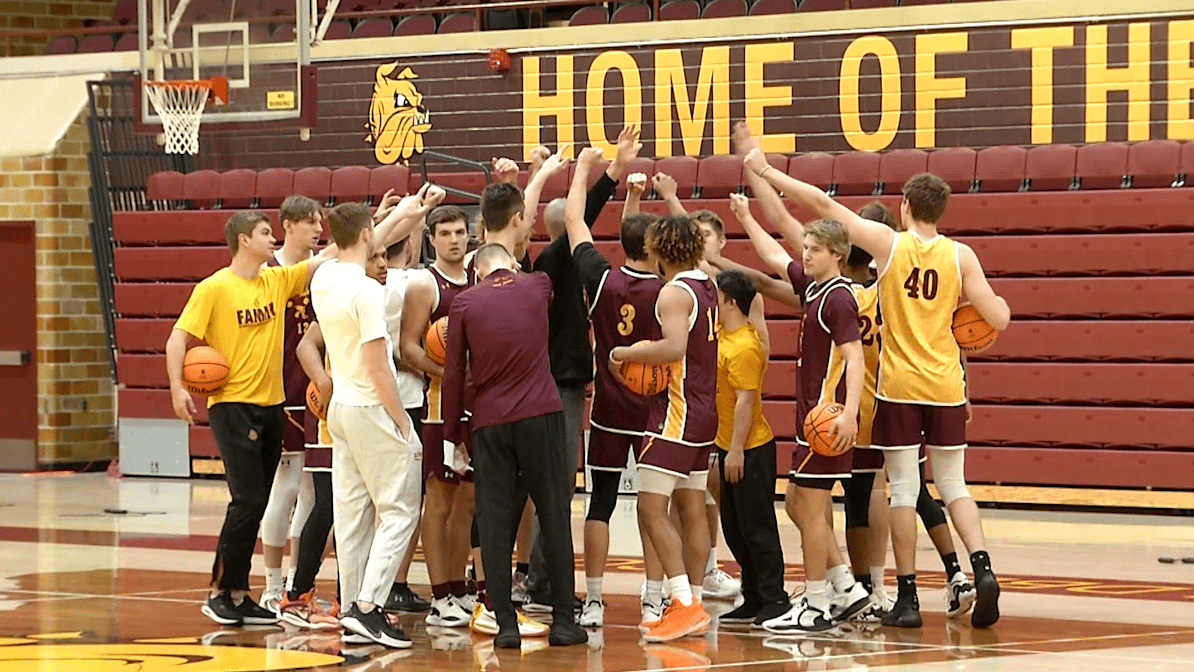