She made eleven total saves in the match, helping the Bulldogs to a 8-1 victory.

Earning her the Western Collegiate Hockey Association’s (WCHA) rookie of the week honors.

The goaltender has become a big part of this Bulldog defense thats only allowed two goals in its last four games, leading the WCHA with a league-low 34 goals against. 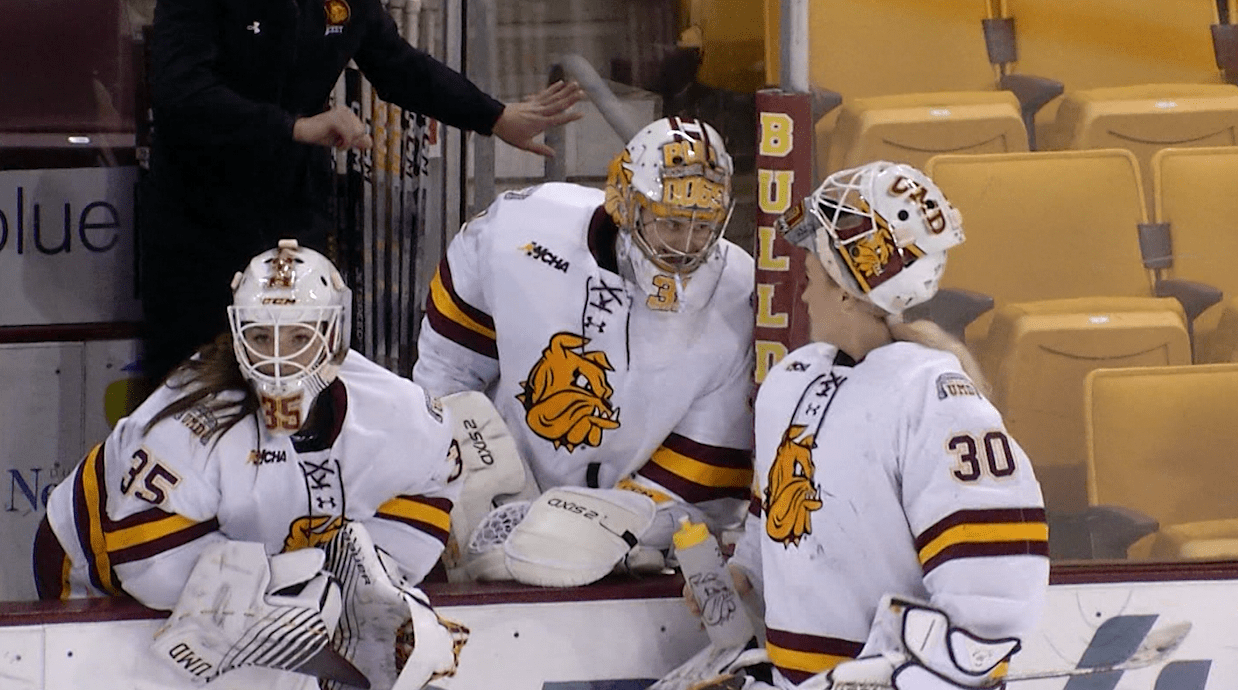 The team as a whole improved to 17-6-1 on the season and held on to the number six spot in Mondays USCHO.com poll.