UMD football not satisfied after highest scoring game of season

The University of Minnesota Duluth (UMD) men’s football team has been cooking up a winning recipe at Malosky Stadium. Boasting a prefect record at home, coming off a win against Moorhead.

In a game where they went 8-for-16 on 3rd down conversions, and captain Zach Ojile collected three touchdowns.

“The offensive line was working their butt off up front. I mean, I was able to pretty much walk in on on both touchdowns,” said Ojile.

“Some of those third downs that we picked up were third and 14 plus. We had a scheme that we liked. You know, I thought our quarterback executed that really well, as did our offensive line. Those are game changing conversions when you can pick those up and not punt the ball back to the other team,” added head coach Curt Wiese.

Despite the offensive success, UMD was outscored 21-7 in the 4th quarter. 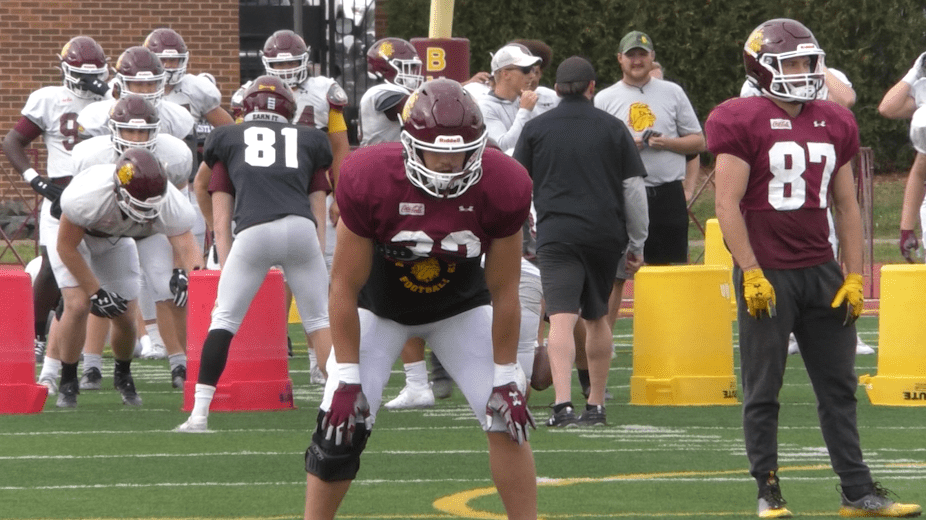 Something linebacker Andrew Kloop, who lead the team with 7 tackles, looks to shore up.

“Cleaning up special teams. You know, it’s been kind of issue here for us. A couple of those losses we’ve had, we just got to clean up the punt blocks, can’t have those happen those are game killers. Preparing every day, I’m learning from my guys in my position group. I got Brad Dati in there and they’re always giving me the tools to succeed,” added Kloop.

The Bulldogs look to stay perfect at home with their next game this Saturday against University of Mary.

With kickoff set for 12:00 p.m. at Malosky stadium on “Tackle Cancer” night.