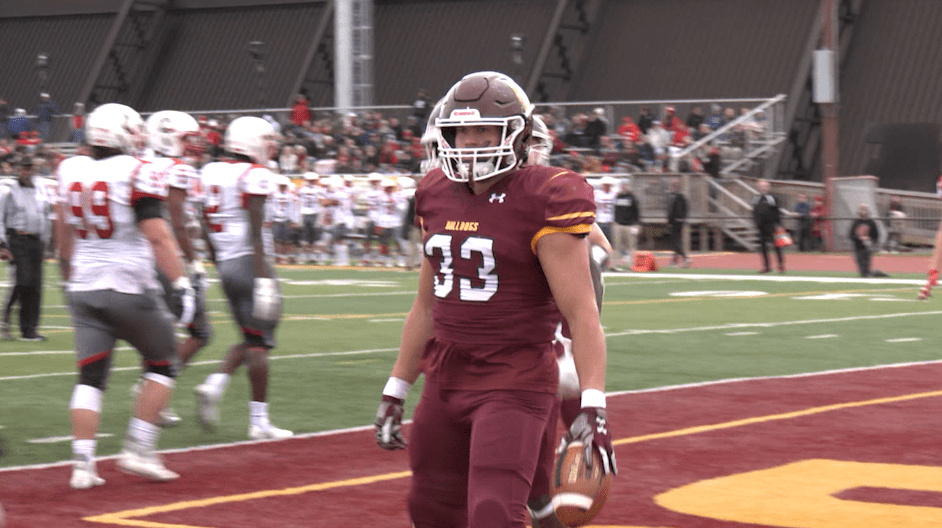 Ojile in the end zone after rushing for the first UMD touchdown on Saturday.

The University of Minnesota Duluth (UMD) football team was on the road for their regular season finale, taking on Northern State.

The Bulldogs led the game in all categories, tallying a total of 182 rushing yards.

While also collecting a total of 19 first downs in the game.