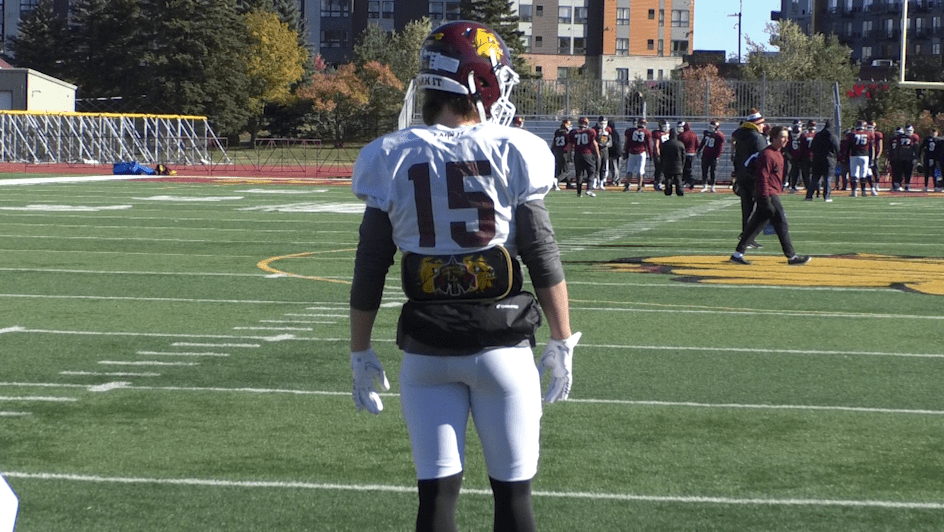 Alex Sylvester at practice on Monday.

The Bulldogs defense kept the golden bears to just 131 yards. Allowing second team players like Alex Sylvester, who lead the team with four tackles, be able to enter the game.

“As a second team guy, I was pumped to get in there. I think when the opportunities presented themselves, I made the most of them and made some good open field tackles,” said freshman defensive back Sylvester.

“Sylvester been instrumental really throughout the year for us as a role guy in or secondary and certainly on our special teams. We were able to get some of some of our number twos in the game early on, and Alex is one of those guys that was able to close the game up for us,” added head coach Curt Wiese.

“I’ve worked with both of those quarterbacks, you know, throughout the off season. We have a really good connection. So it feels good that if one goes down I have another one that you know, could pick it up right back,” said Carmickle.

“I love their use of Carmickle on the on the perimeter. You know, Armani is a guy that we know if the balls in the air we got a good chance of coming down with it. Kyle just trusts him a lot to go get the football,” concluded Wiese.

Up next UMD hits the buses once again traveling to Bemidji State this Saturday, kickoff at 1:00 p.m.