Last fall the University of Minnesota Duluth (UMD) men’s and women’s cross country teams completed two meets without a head coach. Program director Karly Brautigam would later fill the role for the rest of the season, until Brette Jensen was hired in December, 2021.

Now entering her first season as head coach Jensen, a former assistant at Division I Drake University, is excited to inherit the nationally experienced Bulldogs.

“I feel incredibly fortunate,” Jensen shared at media day on Tuesday. “It’s been a pretty seamless transition into the head coaching world. The community behind me and the people that I am able to surround myself with have made it all the better. I couldn’t ask for a better group to be with.”

“As a team we’re going to try to make it back to nationals. I was unfortunately injured last year so I wasn’t on that team, so I’m hoping to be top seven and go out to the North West with them,” Reindl shared. 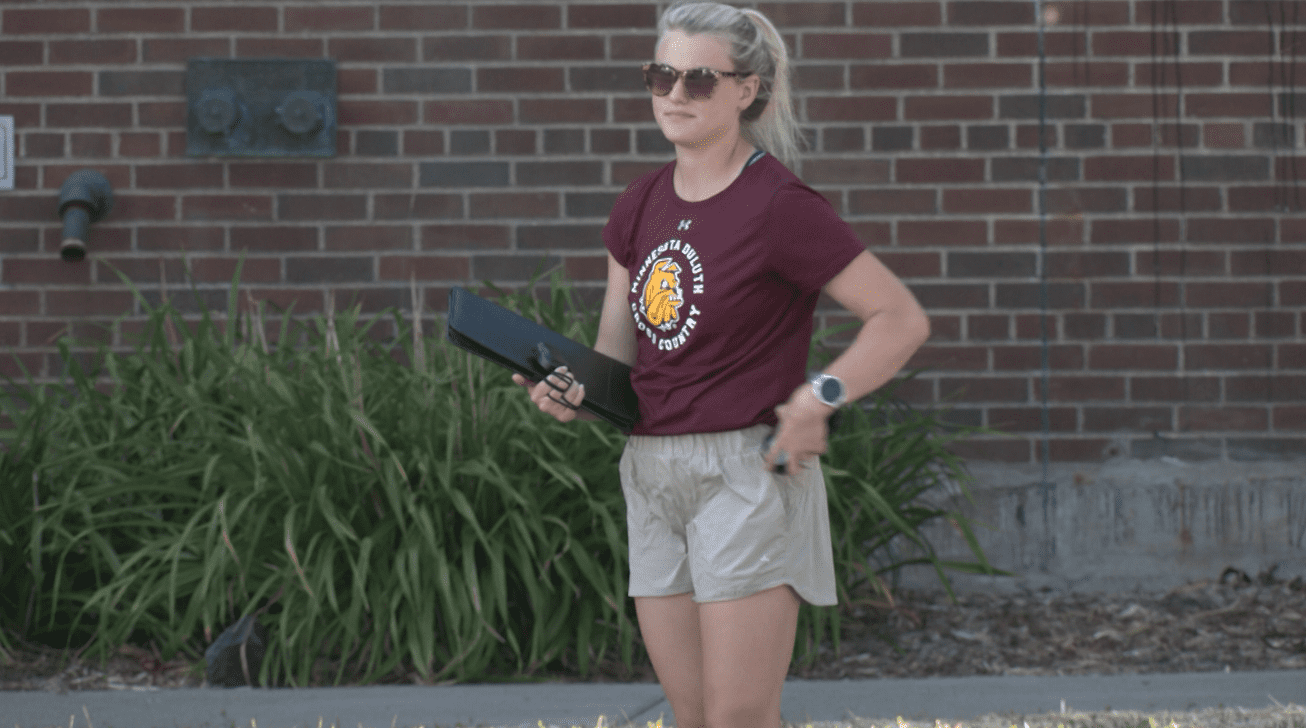 One of the studs returning for the men is junior Owen Dickenson. The Solon Springs, Wisconsin native finished in the top three in all but one contest last year.

“I think that we have a lot of guys that can surprise some people, and I think we have a good chance at dropping a lot of time during the season,” Dickenson said.

UMD races into their season September 9 in the Bulldog Snowflake Open. The national championship will be in Tacoma, Washington in December.