The University of Minnesota Duluth (UMD) men’s hockey team shut out Colorado College this past Saturday due in part to a hat trick from Ben Steeves and a shutout from Matthew Thiessen.

Both of which were honored by the NCHC this week

Thiessen being named the Goaltender of the Week and Steeves the Rookie of the Week for the second time this season.

Saturdays 4-0 shutout was the first of his career shutout for Theissen, where he saved a total of 52 shots in both contest against Colorado.

Steeves performance was his first collegiate hat-trick and also the first for the Bulldogs this season. 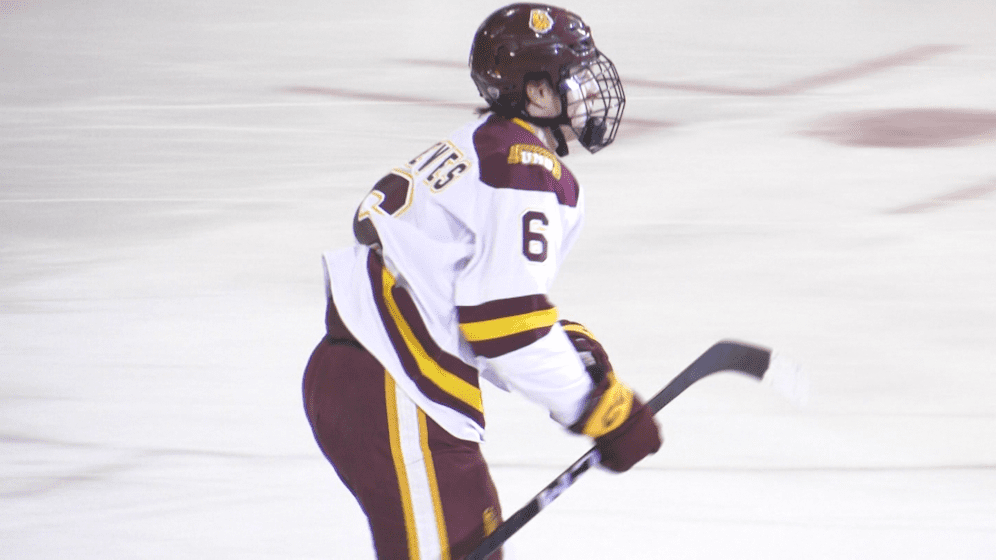