Senior leaders keeping No. 19 UMD positive ahead of home series against No. 20 Cornell

The good news: it’s still early in the season with ample time for the Bulldogs to rework their approach. Plus freshman forward Jack Smith will see his collegiate debut his weekend against Cornell University.

“Luke Loheit is having a great year. Tanner (Laderoute) is playing Tanner’s hockey, he doesn’t take a shift off, when he’s trying maybe the pucks aren’t going in,” head coach Scott Sandelin said. “It’s great to ride the wins and all the pats on the back but you know what, when it gets a little tough you find out a little bit more about your team.” 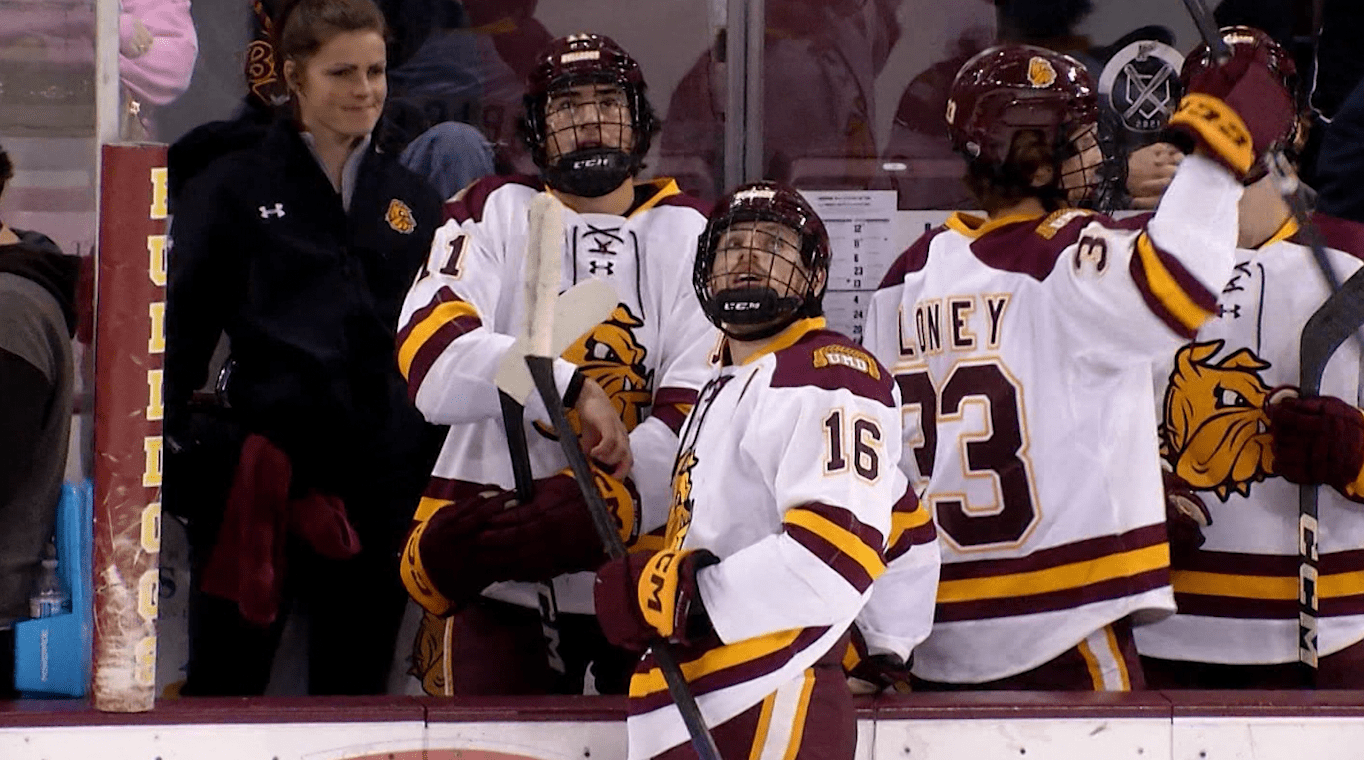 No. 19 UMD remains at home this weekend hosting No. 20 Cornell Friday and Saturday at 7 p.m. at AMSOIL Arena.

The two programs haven’t met since 2005, but Coach Sandelin said their style is familiar with similaritiesv to Mankato.