Arkhip Ledenkov scored first for the Saints on a power-play in the first period. He would lead the team tallying two goals and an assist while goalie Jack Bostedt made 34 saves in the win.

CSS (6-4-2) will fight for the series sweep over the Cobbers Saturday at 2 p.m. back at Mars Lakeview Arena. 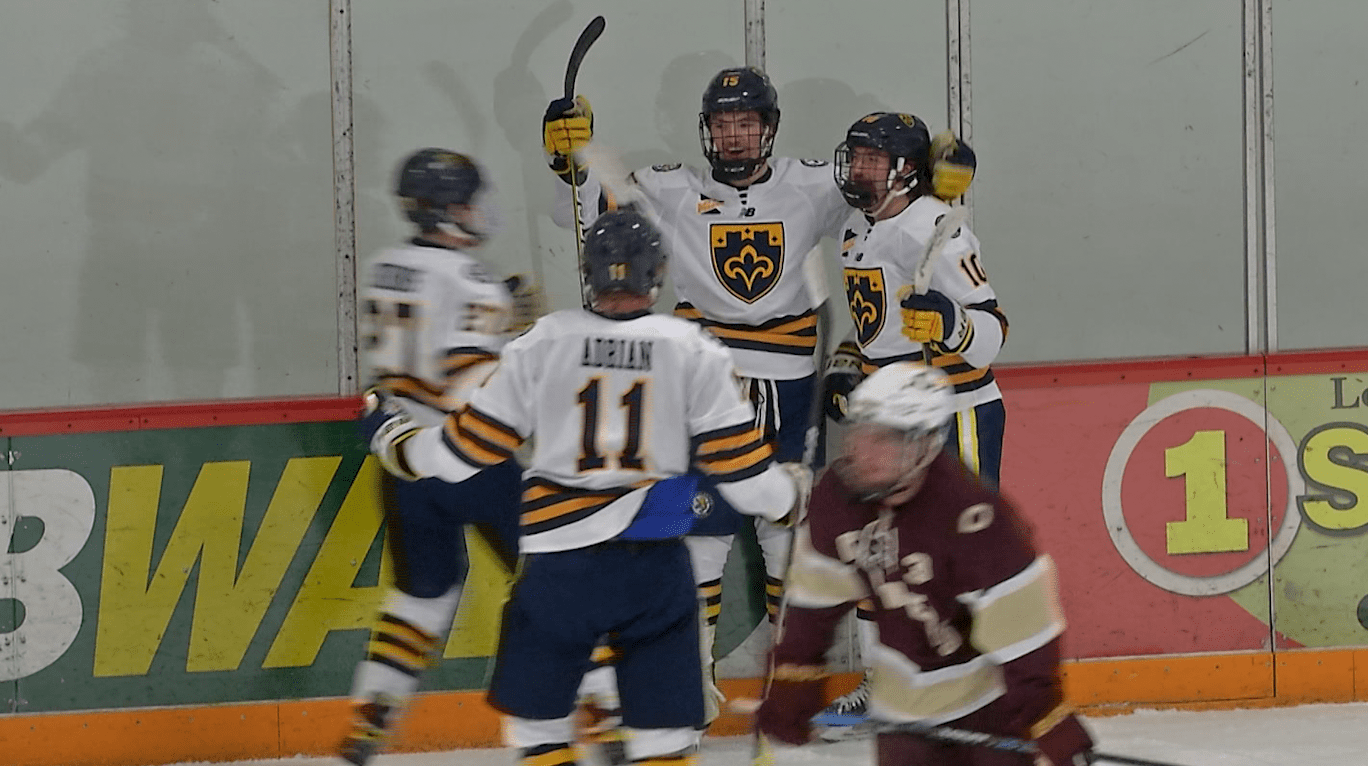