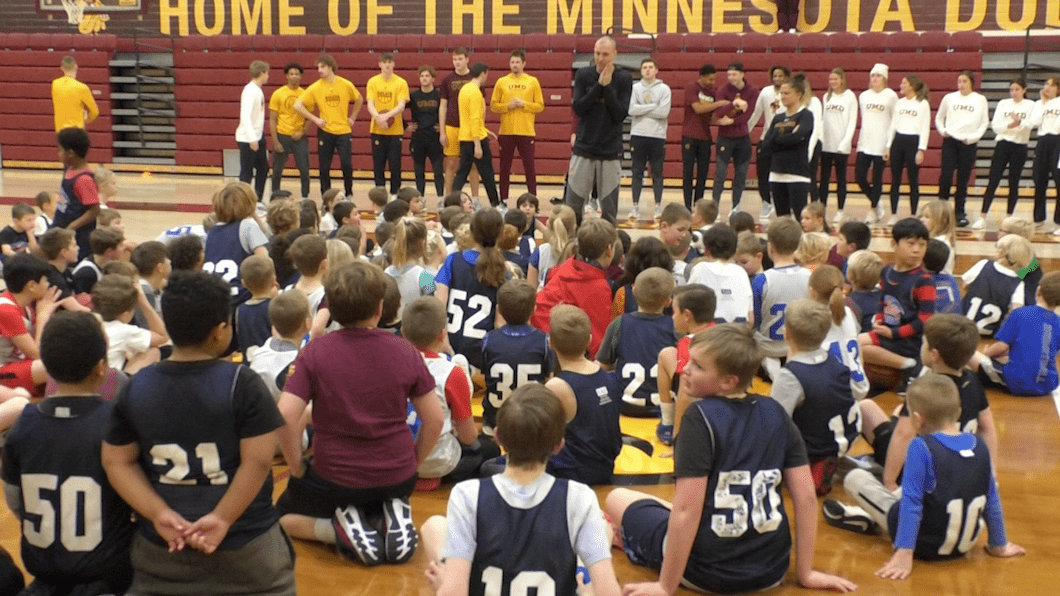 Allowing these Bulldog players to show the young players of today the love and skills of the game.

Including the event coming full circle for one current player who practiced at UMD with the RBA all the way back in 2010.

“This used to be me out here as a little kid. We used to do the same thing with the with the Bulldogs. Here I am now being a Bulldog so it’s a really cool thing. Seeing the bigger guys and looking up to them definitely gave me a thing to look up to and it gave me a sense of like the Bulldog are the guys to be,” said sophomore UMD center Noah Paulson.

The RBA is currently in their 35th season helping kids in grades K-8 developing their skills, attitude and effort through the game of basketball.

“So I guess you could say this camp led into it [playing for UMD]. Now I’m here doing the same thing as I got taught so it’s special, it’s cool,” concluded Paulson.