A rematch of sorts for these teams as Proctor opened up their season last year against the Wolverines, winning 6-5.

Brett Barlam scored the first goal of the season for the Rails.

The Wolverines tied the game 1-1 in the second before Frank Amendola gave Proctor a 2-1 lead.

As the Rails won their season opener 7-4. 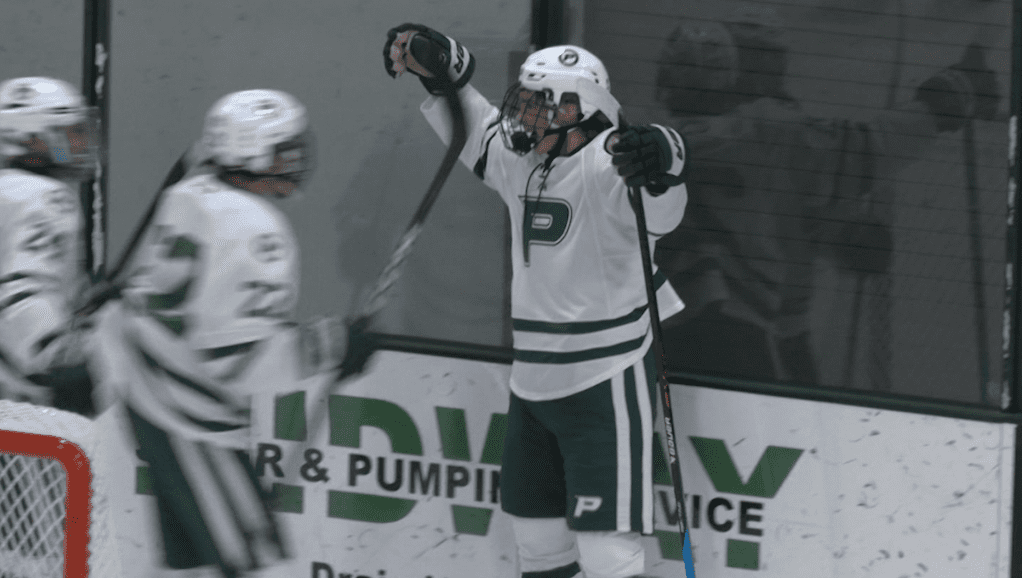 Brett Bartlam gets the first Rails goal of the season.