Entering Thursday the Duluth Marshall girl’s basketball team had come out on top of every cross-town clash with Duluth Denfeld since 2017. The Hilltoppers fought to try and keep those bragging rights on Thursday.

The Hunters were hunting for their first win over the Hilltoppers since 2016 and first at home since 2015. The Hilltoppers would go on to win in a big way over the Hunters 80-30. Seventh grader Chloe Johnson led the game the 36 points helping Duluth Marshall improve to 4-0.

The Duluth Marshall boys hit the hardwood at home hosting unbeaten Two Harbors looking to go to 3-0. The Agates led the game by nine until Hilltopper’s Brooks Johnson tied it up at nine. Throughout the game, the Agates took the lead and never looked back. They picked up the road win 97-37.

In Hermantown, the Proctor Rails steamrolled into town looking to continue their perfect start over the Hawks.

The game went back and forth, but the Rails started to get momentum and kept the points rolling in. Proctor rolled on to pick up the road win 58-39 and improve to 5-0. 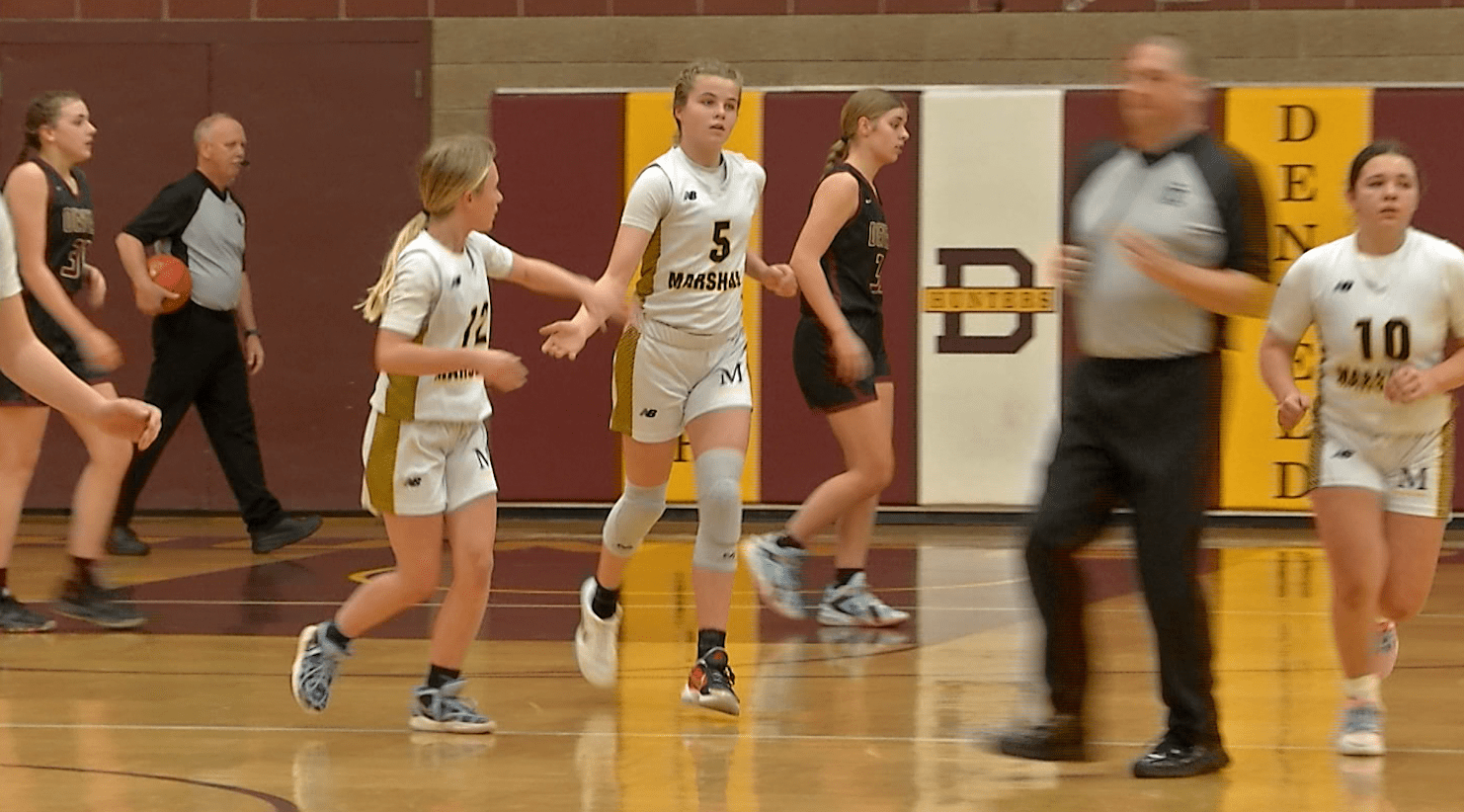