The University of Minnesota Duluth (UMD) men’s hockey team was at home Saturday hosting the University of Nebraska Omaha on Military Appreciation Night and their first home conference game.

UMD went into the second period down 1-0, but responded with a Jesse Jacques goal, his first of the season.

Jacques would then collect an assist on a Tanner Laderoute tally, as UMD took a 2-1 lead.

Omaha tied the game in the third, and would score another late goal winning the game 3-2. 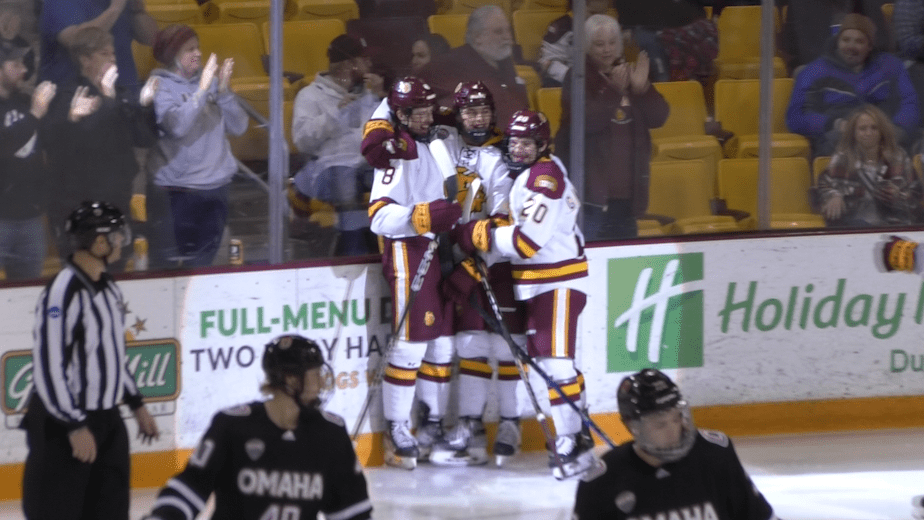