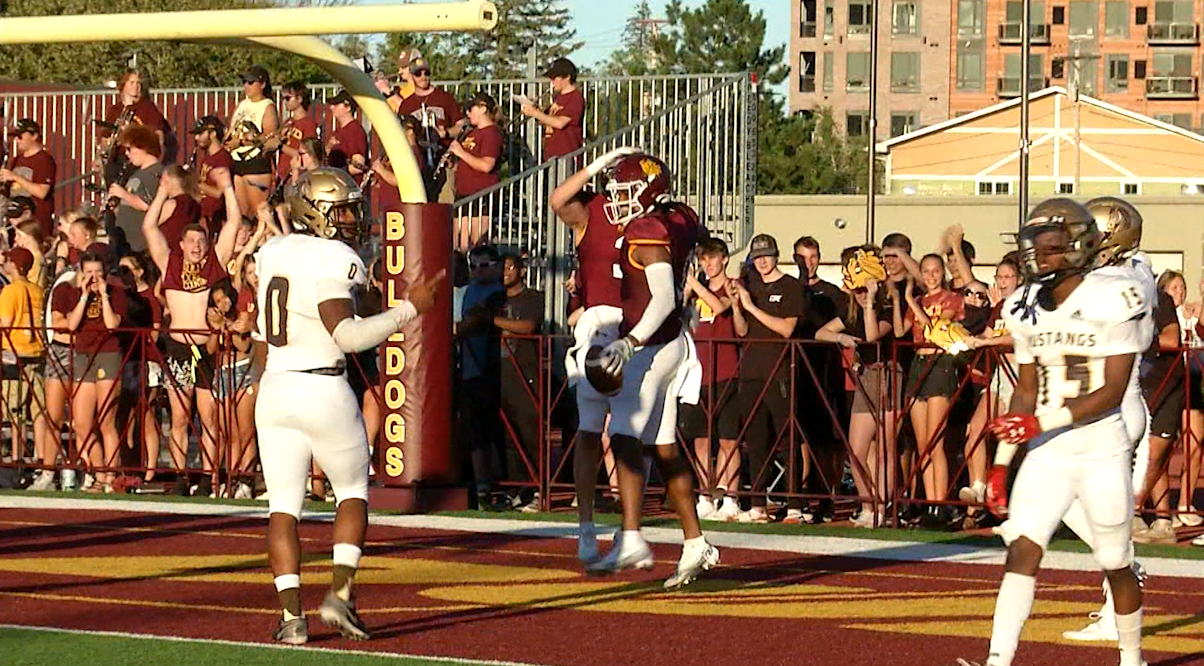 For the second time this season the 2-1 University of Minnesota Duluth (UMD) football team will hit the road Saturday paying the University of Sioux Falls a visit.

However, the Cougars currently boast a perfect 3-0 record and the highest ranked offense in the league.

“They’re a good football team,” UMD head coach Curt Wiese said. “They’re very physical on both sides of the ball. They’re very fast defensively, offensively, they’re a team that will continue to block you throughout the play. We’re going to have our hands full this weekend.”

“We need to continue to improve in the passing game I think on the offensive side,” Wiese added. “On the defense side of the football, we’ve played extremely well in the first three games so I think the key this week is just matching the physicality of Sioux Falls.”

This historically has been a tough matchup with the Bulldogs going 0-2 on the road against the Cougars, and 1-3 all-time.

Kick-off on Saturday is set for 1 p.m. at Bob Young Field.